1 : feeling or showing an unhappy or angry desire to have what someone else has His success has made some of his old friends jealous.
2 : feeling or showing unhappiness or anger because you think that someone you love (such as your husband or wife) likes or is liked by someone else a jealous husband She became very jealous whenever he talked to other women. He was in a jealous rage.
3 somewhat formal : very concerned about protecting or keeping something

1 : hostile toward a rival or one believed to enjoy an advantage : envious His success made his old friends jealous. They were jealous of his success.
2a : intolerant of rivalry or unfaithfulness jealous of the slightest interference in household management— Havelock Ellis
b : disposed to suspect rivalry or unfaithfulness a jealous husband
3 : vigilant in guarding a possession new colonies were jealous of their new independence— Scott Buchanan
Other Words from jealous Synonyms Zealous vs. Jealous More Example Sentences Learn More About jealous

Other Words from jealous

Zealous and jealous share not just a rhyme, but an etymology. Both words ultimately come from the Latin zelus “jealousy,” and in the past their meanings were somewhat closer to each other than they are today. In the 16th and 17th centuries, zealous occasionally was used in biblical writing to refer to a quality of apprehensiveness or jealousy of another. By the 18th century, however, it had completely diverged in meaning from jealous, signifying “warmly engaged or ardent on behalf of someone or something.” Today, zealous often carries a connotation of excessive feeling: it typically means “fiercely partisan” or “uncompromisingly enthusiastic.”

Examples of jealous in a Sentence

His success has made some of his old friends jealous. She became very jealous whenever he talked to other women. He was in a jealous rage.
See More
Recent Examples on the Web And hold on to your candy cane-grams because these savings would make even Regina George jealous. — Nathalie Kirby, House Beautiful, 27 Sep. 2021 That’s enough two-out, two-strike RBI hits to make Trea Turner jealous. — Bill Plaschke, Los Angeles Times, 26 Sep. 2021 Attorneys for Lathem, meanwhile, insist Warren acted alone and stabbed Cornell-Duranleau in a jealous rage after catfishing the professor during their online romance. — Fox News, 1 Oct. 2021 But throughout his trial, Mr. Kelly’s legal team appeared to employ tactics that recalled an earlier era, attempting to paint the bevy of accusers who testified as jealous, fame-seeking, promiscuous liars. — Emily Palmer, New York Times, 30 Sep. 2021 Lathem’s attorneys, by contrast, have told jurors that Warren acted alone, stabbing Cornell in a jealous frenzy after trying to catfish the more prosperous Lathem into a relationship. — Megan Crepeau, chicagotribune.com, 30 Sep. 2021 The business is very competitive and sometimes people get jealous of one another. — Shirley Halperin, Variety, 29 Sep. 2021 Gibbs can barely contain his jealous surprise at hearing about Mitch, who turns out to be a woman named Michelle. — Sara Netzley, EW.com, 28 Sep. 2021 Since her disappearance, details have emerged regarding Petito’s relationship with Laundrie, whom friends described as jealous and controlling. — Ej Dickson, Rolling Stone, 24 Sep. 2021

These example sentences are selected automatically from various online news sources to reflect current usage of the word 'jealous.' Views expressed in the examples do not represent the opinion of Merriam-Webster or its editors. Send us feedback.

First Known Use of jealous

13th century, in the meaning defined at sense 2a

History and Etymology for jealous

The first known use of jealous was in the 13th century 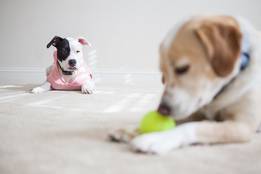 When you wish you were there. 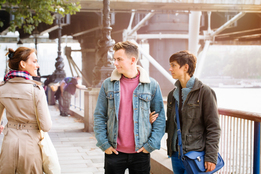 The words are often used as synonyms, but 'jealous' has more meanings

1 : feeling anger because of the belief that a loved one might be unfaithful a jealous husband
2 : feeling a mean anger toward someone because he or she is more successful
3 : careful sense 1, watchful We are jealous of our rights.

Other Words from jealous

More from Merriam-Webster on jealous