1
a
: to petition for help or support
b
: to appeal to or cite as authority
2
: to call forth by incantation : conjure
3
: to make an earnest request for : solicit
4
: to put into effect or operation : implement
5
: bring about, cause
invoker noun

Don’t feel bad if you have difficulty remembering the difference between evoke and invoke, as the words are quite similar in many ways and have considerable overlap in meaning. However, the words do differ, and you would not want to substitute one for the other. Invoke is used of putting into effect or calling upon such things as laws, authority, or privilege (“the principal invoked a rule forbidding students from asking questions”). Evoke is primarily used in the sense “to call forth or up” and is often found in connection with such things as memories, emotions, or sympathy.

Nietzsche is so complex that he can be invoked in support of many outlooks, some of them brutal or nihilistic. Thomas Nagel, New Republic, 14 Jan. 2002 There are some people who commit murder as a way of invoking the death penalty. Capital punishment can sometimes, then, be equivalent to suicide. George Freeman Solomon, People, 17 Jan. 1977 We began poring over the typewritten recipes at the dining room table, where I foolishly invoked the name of Julia Child … Gael Greene, New York, 13 Sept. 1971 He invoked the memory of his predecessor. She invoked history to prove her point. He invoked his Fifth Amendment privileges. The suspect invoked his right to an attorney. invoke the authority of the court See More
Recent Examples on the Web Rhodes' letter and subsequent communications called on Trump to invoke the Insurrection Act, a centuries-old law that called for the armed defense of the government by militia to stay in power. Robert Legare, CBS News, 18 Nov. 2022 Conservatives say the Biden administration has no grounds to invoke the HEROES Act of 2003 to offer widespread forgiveness to these borrowers during a national emergency, such as the pandemic. Susan Tompor, Detroit Free Press, 28 Oct. 2022 After testifying last week on Rhodes' public pleas for former President Donald Trump to invoke the Insurrection Act, FBI Special Agent Byron Cody faced cross-examination Tuesday. Ella Lee, USA TODAY, 17 Oct. 2022 In northeastern Oregon, a Wallowa County fire prompted Oregon Gov. Kate Brown on Saturday to invoke the emergency conflagration act to free up more firefighting resources. oregonlive, 3 Sep. 2022 The ads invoke horrific crimes and tie Barnes to the days of unrest in Kenosha after a police shooting in August 2020. Time, 4 Nov. 2022 Healers could also invoke a complex combination of sacred words and holy objects. John Last, Smithsonian Magazine, 31 Oct. 2022 The high court did not rule then on the larger issue of whether a business can invoke religious objections to refuse service to LGBTQ people. NBC News, 6 Oct. 2022 The committee is exploring how members of President Donald Trump’s Cabinet considered whether to invoke the 25th Amendment to remove him from office during the final two weeks of his term. Bart Jansen, USA TODAY, 1 Aug. 2022 See More

These example sentences are selected automatically from various online news sources to reflect current usage of the word 'invoke.' Views expressed in the examples do not represent the opinion of Merriam-Webster or its editors. Send us feedback.

Middle English envoken, from Middle French invoquer, from Latin invocare, from in- + vocare to call, from voc-, vox voice — more at voice 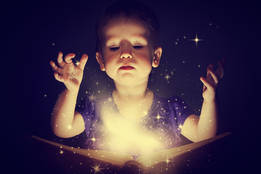 We wrote you a limerick, but it won't help you remember the difference

in·​voke in-ˈvōk
invoked; invoking
1
: to call on for aid or protection (as in prayer)
2
: to call forth by magic : conjure
invoke spirits
3
: to appeal to as an authority or for support
invoke a law

in·​voke in-ˈvōk
invoked; invoking
1
: to appeal to as furnishing authority or motive
2
: to put into legal effect or call for the observance of : enforce
invoking his Fifth Amendment privilege
3
: to introduce or put into operation
invoking economic sanctions
4
: to be the cause of
regulations that invoke problems in enforcement

More from Merriam-Webster on invoke