in·​spi·​ra·​tion ˌin(t)-spə-ˈrā-shən
-(ˌ)spi-
1
: an inspiring agent or influence
2
a
: the quality or state of being inspired
b
: something that is inspired
a scheme that was pure inspiration
3
: the act of drawing in
specifically : the drawing of air into the lungs
4
a
: a divine influence or action on a person believed to qualify him or her to receive and communicate sacred revelation
b
: the action or power of moving the intellect or emotions
c
: the act of influencing or suggesting opinions
inspirational
ˌin(t)-spə-ˈrā-sh(ə-)nəl
-(ˌ)spi-
adjective
inspirationally adverb

Inspiration has an unusual history in that its figurative sense appears to predate its literal one. It comes from the Latin inspiratus (the past participle of inspirare, “to breathe into, inspire”) and in English has had the meaning “the drawing of air into the lungs” since the middle of the 16th century. This breathing sense is still in common use among doctors, as is expiration (“the act or process of releasing air from the lungs”). However, before inspiration was used to refer to breath it had a distinctly theological meaning in English, referring to a divine influence upon a person, from a divine entity; this sense dates back to the early 14th century. The sense of inspiration often found today (“someone or something that inspires”) is considerably newer than either of these two senses, dating from the 19th century.

Where does the inspiration for your art come from? His paintings take their inspiration from nature. She had a sudden inspiration. They would have the party outdoors! Deciding to have the party outdoors was sheer inspiration.
Recent Examples on the Web Another character Wednesday butts heads with, Gwendoline Christie’s mysterious Principal Larissa Weems, drew fashion inspiration from a Hitchcock classic. Katcy Stephan, Variety, 25 Nov. 2022 If gifts are on your mind, be sure to check out our gift guides and buying guides for inspiration. Matt Jancer, WIRED, 25 Nov. 2022 For inspiration, check out the sweet sentiments, cute jokes and romantic quotes below. Andra Chantim, Good Housekeeping, 22 Nov. 2022 The story jumps between the present day and Baba Yaga’s 1919, and in writing it, Nethercott drew inspiration from her own great-great-grandmother’s Russian hometown of Rotmistrivka. Rachel Raczka, BostonGlobe.com, 17 Nov. 2022 Brock Akil and Baddoo drew inspiration from their strong bond, constructing the bag to withstand endless use and wear and hoping the Aged Sac 1 will become an heirloom cultivating the relationship between the owner and the newly gifted. Danielle Wright, Essence, 15 Nov. 2022 Although this outfit isn't an exact replicate, the show clearly drew inspiration from a ruffled high collar shirt Princess Diana wore on a visit to Tetbury, England during her engagement. Janaya Wecker, ELLE, 10 Nov. 2022 Considering both the Gainesville Ripper and Jeffrey Dahmer drew inspiration from Exorcist III, there may be more than a bit of truth to that idea. Chris Snellgrove, EW.com, 9 Nov. 2022 For their golden harmony vocals, a signature aspect of their sound, Alabama drew inspiration from the likes of Statler Brothers and Oak Ridge Boys, Cook said. Matt Wake | Mwake@al.com, al, 8 Nov. 2022 See More

These example sentences are selected automatically from various online news sources to reflect current usage of the word 'inspiration.' Views expressed in the examples do not represent the opinion of Merriam-Webster or its editors. Send us feedback.

14th century, in the meaning defined at sense 4a 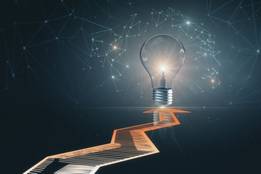 This word is such an inspiration 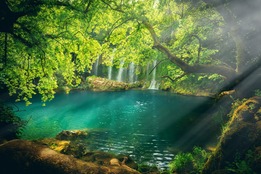 When Example Sentences Were Used to...

Gorgeous quotes from the 1864 Unabridged

in·​spi·​ra·​tion ˌin(t)-spə-ˈrā-shən
1
: the drawing of air into the lungs in breathing
2
a
: the act or power of moving the mind or the emotions
the inspiration of music
b
: the quality or state of being inspired
the artist's inspiration came from many sources
c
: something that is inspired
a scheme that was an inspiration
d
: someone or something that inspires
his wife was his greatest inspiration
inspirational
-shnəl
-shən-ᵊl
adjective
inspirationally
-ē
adverb

More from Merriam-Webster on inspiration

Thesaurus: All synonyms and antonyms for inspiration