: beginning to come into being or to become apparent an incipient solar system evidence of incipient racial tension
Other Words from incipient Synonyms & Antonyms Insipid vs. Incipient Did you know? More Example Sentences Learn More About incipient

Other Words from incipient

There are those who claim that these two words are commonly confused, though the collected evidence in our files don’t support that claim (in edited prose, that is). If there is confusion, it is likely because incipient is sometimes used in constructions where its meaning is not clear.

Insipid is less common than incipient, but it is used more in general prose and with much more clarity than incipient is. Insipid means “weak,” and it can refer to people (“insipid hangers-on”), things (“what an insipid idea,” “painted the room an insipid blue,” “he gave his boss an insipid smile”), and specifically flavors or foods (“an insipid soup,” “the cocktail was insipid and watery”).

Incipient, on the other hand, is more common than insipid is and means “beginning to come into being or become apparent.” It has general use (“an incipient idea,” “incipient racial tensions”), but also has extensive specialized use in medicine (“an incipient disease”) and other scientific fields (“an incipient star in a distant galaxy”). But general use of incipient is sometime vague at best:

But devaluing grand slams to 3 1/2 runs has irked even the guys it was meant to pacify. "They're messing with the game," says incipient slugger Randy Johnson (three grannies already this spring). "Not to mention my RBI totals."
— ESPN, 14 June 1999

Among my generation of aesthetes, bohemians, proto-dropouts, and incipient eternal students at Sydney University in the late 1950s, Robert Hughes was the golden boy.
— Clive James, The New York Review, 11 Jan. 2007

This menu looks traditional but embraces ingredients and ideas that have become incipient classics in American cuisine, such as portobello mushrooms, fresh mozzarella and mango.
— Harvey Steiman, Wine Spectator, 30 Nov. 1995

Incipient is rarely used of people, and so the first example is an atypical use of the word. As for the other examples, can something that is just beginning to emerge be eternal, or a classic? Uses like this tend to confuse the reader.

A good starting point for any investigation of "incipient" is the Latin verb incipere, which means "to begin." "Incipient" first emerged in English in a 1669 scientific text that referred to "incipient putrefaction." Later came the genesis of two related nouns, "incipiency" and "incipience," both of which are synonymous with "beginning." "Incipere" also stands at the beginning of the words "inception" ("an act, process, or instance of beginning") and "incipit," a term that literally means "it begins" and which was used for the opening words of a medieval text. "Incipere" itself derives from another Latin verb, capere, which means "to take" or "to seize."

Examples of incipient in a Sentence

The project is still in its incipient stages. I have an incipient dislike and distrust of that guy, and I only met him this morning.
Recent Examples on the Web These technological innovations led to an incipient telecommuting revolution that began to pick up speed in the first decade of the twenty-first century. — Cal Newport, The New Yorker, 27 Sep. 2021 Despite the failure of the 1830 revolution, Lafayette was seen as a leader of the incipient liberal revolutions in Spain, Portugal, Belgium, and, above all, Poland, which became a kind of second America in his imagination. — Adam Gopnik, The New Yorker, 16 Aug. 2021 Fake news, incipient rumors, rash politicized takes were rampant. — New York Times, 6 Aug. 2021 Part of it depends on training and re-training those incipient service superstars to their full potential. — Micah Solomon, Forbes, 26 June 2021 The forecast cited the likely absence of El Niño, the warm patch in the Pacific Ocean that generated the high-altitude cross winds that can tear up incipient hurricanes in the Atlantic. — David Fleshler, sun-sentinel.com, 3 June 2021 Angel, a pale blonde with incipient jowls and a fondness for crunching plastic bottles, is the star of the pack at Chulalongkorn University. — New York Times, 31 May 2021 An incipient version of this narrative existed in 1995. — Sam Knight, The New Yorker, 27 May 2021 Price's incipient career was interrupted, however, when he was drafted and sent to Korea in 1953. — Tyler Aquilina, EW.com, 8 May 2021

These example sentences are selected automatically from various online news sources to reflect current usage of the word 'incipient.' Views expressed in the examples do not represent the opinion of Merriam-Webster or its editors. Send us feedback.

First Known Use of incipient

1633, in the meaning defined above

History and Etymology for incipient

The first known use of incipient was in 1633

Listen to Our Podcast About incipient

And So It Begins: 9 Words for Beginnings

And So It Begins: 9 Words for Beginnings

Let's take it from the top. 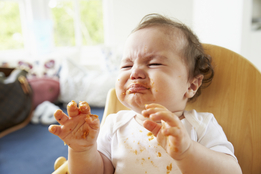 Do you know what amorphous means? Fugacious? Querulous?

: beginning to develop or exist

: beginning to come into being or to become apparent the incipient stage of a fever

Other Words from incipient

More from Merriam-Webster on incipient