law
1 : to charge (a public official) with a crime done while in office Congress will vote on whether or not to impeach the President. impeach a judge
2 formal : to cause doubts about the truthfulness of (a witness, testimony, etc.) The defense lawyers tried to impeach the witness's testimony by forcing him to admit that he had changed his story.

1 : to charge with a crime or misdemeanor specifically : to charge (a public official) before a competent tribunal with misconduct in office After Andrew Johnson, the first president to be impeached, finished his chaotic and disgraceful administration, Grant was the inevitable successor. — Richard Brookhiser
2 : to cast doubt on especially : to challenge the credibility or validity of impeach the testimony of a witness The Husby's credit rating was impeached because IRS managers were unable to stop the … computer from generating false information. — David Burnham A basic rule of evidence permits any witness to be impeached by establishing that she made a prior statement inconsistent with the current testimony. — Jack H. Friedenthal et al.

Definition of impeach (Entry 2 of 2)

Other Words from impeach

Are presidents removed from office when they are impeached?

Not necessarily. In the United States a president is impeached by the members of the House of Representatives. Once this body has drawn up charges and had them approved by a majority of House members, the Senate holds a trial. If a two-thirds majority of the Senate votes to convict then the president may be removed from office.

Which presidents were impeached?

Three Presidents of the United States have been impeached: Andrew Johnson, Bill Clinton, and Donald Trump.

Can people other than the President be impeached?

Impeachment procedures vary from country to country, but the United States Constitution states that "The President, Vice President and all Civil Officers of the United States, shall be removed from Office on Impeachment for, and Conviction of, Treason, Bribery, or other high Crimes and Misdemeanors." A wide range of officials (including judges, presidents, and senators) have been impeached in the U.S.

Examples of impeach in a Sentence

These example sentences are selected automatically from various online news sources to reflect current usage of the word 'impeach.' Views expressed in the examples do not represent the opinion of Merriam-Webster or its editors. Send us feedback.

First Known Use of impeach

1590, in the meaning defined above

History and Etymology for impeach

The first known use of impeach was in 1569 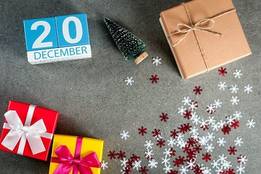 Some of the words that defined the week of December 20, 2019

: to charge a public official formally with misconduct in office

1 : to charge with a crime or misconduct specifically : to charge (a public official) before a competent tribunal (as the U.S. Senate) with misconduct in office

Note: Impeachment is the first step in removing an officer from office. The president, vice president, and other federal officers (as judges) may be impeached by the House of Representatives. (Members of Congress themselves are not removed by being impeached and tried, but rather are expelled by a two-thirds majority vote in the member's house.) The House draws up articles of impeachment that itemize the charges and their factual bases. The articles of impeachment, once approved by a simple majority of the House members, are then submitted to the Senate, thereby impeaching the officer. The Senate then holds a trial, at the conclusion of which each member votes for or against conviction on each article of impeachment. Two-thirds of the Senate members present must vote in favor of conviction. Once convicted, the officer can be removed from office. Although the Constitution specifies that an officer is to be impeached for high crimes and misdemeanors, impeachment can also occur for misconduct that is not necessarily criminal (as violation of the Constitution). Because impeachment is the first step taken to remove an officer from office, impeach is often used in general contexts to refer to the removal itself, but that is not its specific legal meaning. An officer generally cannot be impeached for acts done prior to taking office.

2 : to cast doubt on: as
a : to attack the validity of (a judgment or verdict) because of judicial or juror misconduct
b : to challenge the credibility of (a witness) or the validity of (a witness's testimony) a witness, including a criminal defendant who testifies in his own behalf, may be impeached on the ground of former conviction— W. R. LaFave and A. W. Scott, Jr. — see also impeachment evidence at evidence — compare rehabilitate

Note: A witness may be impeached by character evidence or circumstantial evidence relating to the credibility of the witness, and especially on the grounds of prior convictions, prior inconsistent statements, contradiction by other evidence, and the witness's reputation for truth, prior acts of misconduct, and partiality.

Other Words from impeach

History and Etymology for impeach

More from Merriam-Webster on impeach