1
: to cherish a desire with anticipation : to want something to happen or be true
hopes for a promotion
hoping for the best
I hope so.
2
archaic : trust

1
: to desire with expectation of obtainment or fulfillment
I hope she remembers.
hopes to be invited
2
: to expect with confidence : trust
Your mother is doing well, I hope.
hoper noun

1
a
: desire accompanied by expectation of or belief in fulfillment
came in hopes of seeing you
also : expectation of fulfillment or success
no hope of a cure
when they were young and full of hope
b
: someone or something on which hopes are centered
our only hope for victory
c
: something desired or hoped for
great hopes for the coming year
2
archaic : trust, reliance
Phrases
hope against hope
: to hope without any basis for expecting fulfillment

expect, hope, look mean to await some occurrence or outcome.

expect implies a high degree of certainty and usually involves the idea of preparing or envisioning.

expects to be finished by Tuesday

hope implies little certainty but suggests confidence or assurance in the possibility that what one desires or longs for will happen.

hopes to find a job soon

look, with to, implies assurance that expectations will be fulfilled

looks to a tidy profit from the sale

; with for it implies less assurance and suggests an attitude of expectancy and watchfulness.

look for rain when the wind shifts to the northeast

These example sentences are selected automatically from various online news sources to reflect current usage of the word 'hope.' Views expressed in the examples do not represent the opinion of Merriam-Webster or its editors. Send us feedback.

before the 12th century, in the meaning defined at sense 2 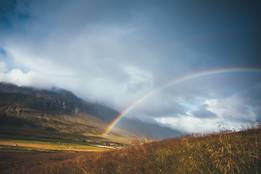 Do you feel optimistic about the future? Well, do ya, punk?

ˈhōp
hoped; hoping
: to desire something and expect that it will happen or be obtained
hope to succeed
hope you'll accept the invitation
hope for a bicycle

1
archaic : trust entry 1 sense 1a, reliance
our hope is in the king
2
a
: desire accompanied by expectation of fulfillment
in hope of an early recovery
b
: someone or something on which hopes are centered
a home run was the only hope for victory
c
: something hoped for

city in southwestern Arkansas that was the childhood home of President Bill Clinton population 10,095

More from Merriam-Webster on hope