“To,” “too,” and “two” are homophones.
Recent Examples on the Web Back on our coast, my mother became particularly attentive to a Chinese superstition that pears couldn’t be shared between people, because fen li, to split a pear, is a homophone for the characters of separation. Belinda Huijuan Tang, Vogue, 5 May 2022 For Lunar New Year, Chinese people use this homophone phenomenon to attach symbolic significance to food. Michelle Shen, USA TODAY, 2 Feb. 2022 And remember: The greatest homophone ever is Champagne and sham pain. Marc Bona, cleveland, 14 Dec. 2021 And speech is so full of homophones that comprehension always depends on context. Wade Roush, Scientific American, 1 May 2020 Because Mandarin has so many homophones, typing became an inefficient exercise in word selection. Mara Hvistendahl, Wired, 18 May 2020 Due to the prevalence of space-saving techniques in tweets, and the commonality of casual language, nearly all grammar rules were ignored and only three rules were kept as follows: spelling, homophone swap and incorrect multi-word phrase. Marina Di Marzo, CNN, 3 Nov. 2019 What3words removed any hyphenated words, curse words, and homophones. Courtney Linder, Popular Mechanics, 4 Sep. 2019 The term plays on the multiple homophones for the word zung, which can mean China, an ending, or clock. Mary Hui, Quartz, 20 June 2019 See More

These example sentences are selected automatically from various online news sources to reflect current usage of the word 'homophone.' Views expressed in the examples do not represent the opinion of Merriam-Webster or its editors. Send us feedback. 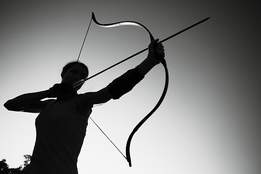 The Land of Multisyllabic Homophones

More from Merriam-Webster on homophone