hav·​oc ˈha-vək
-vik
1
: wide and general destruction : devastation
A tornado wreaked havoc on the town two years ago.
2
: great confusion and disorder
the blackout caused havoc in the city

These example sentences are selected automatically from various online news sources to reflect current usage of the word 'havoc.' Views expressed in the examples do not represent the opinion of Merriam-Webster or its editors. Send us feedback.

1575, in the meaning defined above 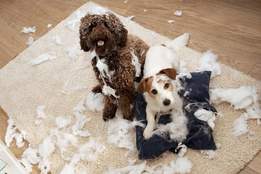 Tidying up a chaotic situation

More from Merriam-Webster on havoc