: to use the Google search engine to obtain information about (someone or something) on the World Wide Web
googleable
ˈgü-gə-lə-bəl
adjective
or Googleable
The Massachusetts trio may not have picked an easily Googleable name … —Leah Greenblatt

The verb google and the noun googol are commonly confused because they have similar pronunciations. Google is the word that is more common to us now, and so it is sometimes mistakenly used as a noun to refer to the number 10100. That number is a googol, so named by Milton Sirotta, the nephew of the American mathematician Edward Kasner, who was working with large numbers like 10100. Google, on the other hand, is the name of a search engine as well as a verb that refers to searching the Internet using the Google search engine. (The search engine’s name was inspired by the number: the founders of Google chose the name to reflect their mission “to organize a seemingly infinite amount of information on the web.”) You can remember that the number is spelled googol by remembering that a googol has lots of o’s.

Two related words, googolplex and googleplex, are also commonly confused. A googolplex is the number 1 followed by a googol of zeros; the Googleplex is the Mountain View, California headquarters of Google.

Then where are they going, if not to Faulkner and Achebe and Naipaul?  … To the movies; to television (hours and hours); to Googling obsessively (hours and hours); to blogging and emailing and text messaging … —Cynthia Ozick, Harper's, April 2007 The Sports Gal and I delayed dinner plans so I could analyze the replays like a police chief. Eventually she realized we weren't leaving the house, so she made herself a sandwich and headed upstairs to Google divorce lawyers. —Bill Simmons, ESPN, 6 Dec. 2004 Have you ever googled yourself, maybe late at night, when nobody else was around? It's OK, you can admit it—everybody does it. —Tom Maurstad, Dallas Morning News, 17 Apr. 2004
Recent Examples on the Web People are going to google you and their going to find a strong brand, a weak one or nothing. —Rodger Dean Duncan, Forbes, 3 Jan. 2023 Analyzing Google search data can also provide a head start on predicting an outbreak—people often google their symptoms before going to the doctor. —Sabrina Weiss, WIRED, 14 Dec. 2022 Reviews are still coming in, and some of them are not glowing (google it for yourself). —Tracy Ross, Outside Online, 8 Sep. 2020 Once in the big city, and not having much by way of industry connections, Aaryan would google for acting jobs and commute for hours to get to auditions. —Naman Ramachandran, Variety, 8 July 2022 Look at your Facebook page and your LinkedIn profile and google yourself. —Adam Stott, Forbes, 25 Apr. 2022 The best work around would be to google the person’s name and city which should provide the address, then use MySmartRenter.com to run the report for safety. —Christopher Elliott, Forbes, 9 Apr. 2022 One need only google the magnetic 42-year-old for plentiful reminders that both gigs were firsts for a Black woman. —Mikey O'connell, The Hollywood Reporter, 24 Mar. 2022 Then google to search for sustainable or ethical alternatives! —Christian Allaire, Vogue, 10 Jan. 2022 See More

These example sentences are selected automatically from various online news sources to reflect current usage of the word 'google.' Views expressed in the examples do not represent the opinion of Merriam-Webster or its editors. Send us feedback.

Google, trademark for a search engine

2000, in the meaning defined above 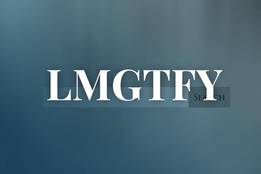 Let Me Google That For You

verb
goo·​gle ˈgü-gəl
googled; googling -g(ə-)liŋ
: to use the Google search engine to obtain information about (as a person) on the Internet

More from Merriam-Webster on google