Recent Examples on the Web The national average is $3.50 a gallon, according to AAA. —William Thornton | Wthornton@al.com, al, 30 Jan. 2023 The Treasury Department estimates that release of oil from the emergency stockpile lowered prices at the pump by up to 40 cents per gallon. —CBS News, 27 Jan. 2023 Kansas City and Houston, at $2.99 per gallon, had the nation’s least expensive average pump prices. —Diego Mendoza-moyers, San Antonio Express-News, 25 Jan. 2023 This week marks the first time since February that the national average has fallen below $3.50 a gallon. —Matt Egan, CNN, 1 Dec. 2022 In gasoline cars, our unit of energy was the gallon of fuel. —Brad Templeton, Forbes, 31 Dec. 2022 Prices fell from $5.31 a gallon in mid-November to $4.60 by Christmas week. —Michael E. Kanell, ajc, 28 Dec. 2022 Across Oregon, prices dipped below the $4 a gallon threshold earlier this month and hit $3.82 this week. —oregonlive, 20 Dec. 2022 Turns out Mergner needed just a gallon of black paint – a thick-as-honey gloss used to paint boats – for the 10-by-10 foot steel arch and posts. —The Enquirer, 10 Dec. 2022 See More

These example sentences are selected automatically from various online news sources to reflect current usage of the word 'gallon.' Views expressed in the examples do not represent the opinion of Merriam-Webster or its editors. Send us feedback.

Middle English galun, galoun, galon, a liquid measure, borrowed from Anglo-French galun, galon, jalon, from Old French jal-, base of jaloie "container for liquids, bucket" (going back to Vulgar Latin *gallēta, of uncertain origin) + -on, diminutive or particularizing suffix, going back to Latin -ō, -ōn-, suffix of persons with a prominent feature

Note: Presumed *gallēta (attested as Medieval Latin galeta "wine vessel, liquid measure" in 11th-century texts) has been linked to several classical Greek words for containers, as kálathos "kind of basket, wine cooler," kēlástra "milk pail" (so glossed by Hesychius), though none of these fit formally; on the other hand, kēlḗtēs, kalḗtēs "sufferer from a hernia" (from kḗlē, kálē "tumor, hernia"; see -cele) fits formally but requires a contextual and semantic leap ("one swollen or ruptured" > "container"?).

How Many Scruples in a Dram?

The origins of 8 units of measurement 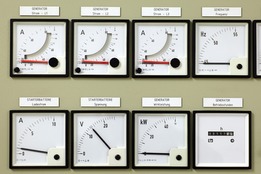 More from Merriam-Webster on gallon