ˈfrȯg
ˈfräg
1
: any of various largely aquatic leaping anuran amphibians (such as ranids) that have slender bodies with smooth moist skin and strong long hind legs with webbed feet compare toad
2
: the triangular elastic horny pad in the middle of the sole of the foot of a horse see hoof illustration
3
a
: a loop attached to a belt to hold a weapon or tool
b
: an ornamental braiding for fastening the front of a garment that consists of a button and a loop through which it passes
4
often capitalized disparaging + offensive : frenchman
5
: a device permitting the wheels on one rail of a track to cross an intersecting rail
6
: a condition in the throat that produces hoarseness
had a frog in his throat
7
: the nut of a violin bow
8
: a small holder (as of metal, glass, or plastic) with perforations or spikes for holding flowers in place in a bowl or vase 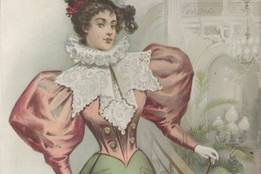 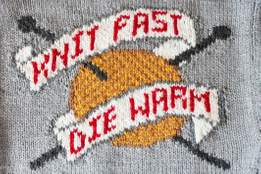 A Ravel of Knitting Words

noun
ˈfrȯg
ˈfräg
1
a
: any of various tailless leaping amphibians that have slender bodies with smooth moist skin and strong long hind legs with webbed feet and that spend more of their time in the water than the related toads
b
: a hoarse condition
have a frog in one's throat
2
: an ornamental fastening for a garment (as a jacket)

More from Merriam-Webster on frog