free·​dom ˈfrē-dəm
1
: the quality or state of being free: such as
a
: the absence of necessity, coercion, or constraint in choice or action
b
: liberation from slavery or restraint or from the power of another : independence
c
: the quality or state of being exempt or released usually from something onerous
freedom from care
d
: unrestricted use
gave him the freedom of their home
e
: ease, facility
spoke the language with freedom
f
: the quality of being frank, open, or outspoken
answered with freedom
g
: improper familiarity
h
: boldness of conception or execution
2
a
: a political right
b
: franchise, privilege

freedom, liberty, license mean the power or condition of acting without compulsion.

freedom has a broad range of application from total absence of restraint to merely a sense of not being unduly hampered or frustrated.

freedom of the press

the released prisoner had difficulty adjusting to his new liberty

license implies freedom specially granted or conceded and may connote an abuse of freedom.

freedom without responsibility may degenerate into license

Or Bugs would do the impossible by jumping out of the frame and landing on the drawing board of the cartoonist who was at work creating him. This freedom to transcend the laws of basic physics, to hop around in time and space, and to skip from one dimension to another has long been a crucial aspect of imaginative poetry. Billy Collins, Wall Street Journal, 28-29 June 2008 I can see that my choices were never truly mine alone—and that that is how it should be, that to assert otherwise is to chase after a sorry sort of freedom. Barack Obama, Dreams from My Father, (1995) 2004 It's the beginning of summer.  … For many adults who are really closet kids, this means that their blood hums with a hint of freedom … Anna Quindlen, Newsweek, 18 June 2001 He thinks children these days have too much freedom. She has the freedom to do as she likes. a political prisoner struggling to win his freedom See More
Recent Examples on the Web Narrated by Manoj Bajpayee, the films highlight the stories of India’s freedom fighters. Patrick Frater, Variety, 18 Nov. 2022 The House will have to vote again if the religious freedom amendment is included by the Senate. al, 15 Nov. 2022 Some Kherson residents were arrested because they were accused of being freedom fighters. Anastacia Galouchka, Washington Post, 14 Nov. 2022 Set in the 1920s, RRR follows real-life Indian freedom fighters Komaram Bheem (N.T. Rama Rao Jr.) and Alluri Sitarama Raju (Ram Charan). Justine Browning, EW.com, 14 Nov. 2022 Singers, dancers and drummers will perform South African freedom songs, including gospel and spirituals, followed by the music of the Civil Rights Movement in the United States with works by Aretha Franklin, Sam Cooke, Marvin Gaye and others. Marc Bona, cleveland, 7 Nov. 2022 Globally, Iran ranks as the third-worst country for press freedom, according to Reporters without Borders. Somayeh Malekian, ABC News, 5 Nov. 2022 Thousands of activists have since been jailed, spaces for public expression have been quashed and press freedom diminished. Ivana Kottasová, CNN, 5 Nov. 2022 But internet freedom activists are also learning from each other and advocates all over the world are trying to help Iranians. Sophie Bushwick, Scientific American, 4 Nov. 2022 See More

These example sentences are selected automatically from various online news sources to reflect current usage of the word 'freedom.' Views expressed in the examples do not represent the opinion of Merriam-Webster or its editors. Send us feedback. 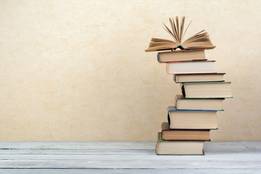 free·​dom ˈfrēd-əm
1
a
: the state of being free : liberty, independence
b
: ability to move or act freely
c
: the state of being released from something usually unpleasant
freedom from care
d
: the quality of being frank or open
answered with freedom
e
: use without restriction
has the freedom of the house
2
: a political right

More from Merriam-Webster on freedom