fa·​tal ˈfā-tᵊl
Synonyms of fatal
1
a
: causing death
a fatal crash
a fatal disease
a fatal wound
b
: bringing ruin
a fatal attraction to gambling
c
: causing failure
a fatal design flaw
Lack of sufficient support was fatal to his campaign.
2
a
: determining one's fate
the fatal flaw in this dazzling woman: a total lack of taste—Marya Mannes
b
: of or relating to fate
… this science sets a fatal necessity on things …—H. O. Taylor
c
: resembling fate in proceeding according to a fixed sequence
3
: fateful
a fatal hour
4
obsolete : fated

deadly applies to an established or very likely cause of death.

mortal implies that death has occurred or is inevitable.

fatal stresses the inevitability of what has in fact resulted in death or destruction.

lethal applies to something that is bound to cause death or exists for the destruction of life.

These example sentences are selected automatically from various online news sources to reflect current usage of the word 'fatal.' Views expressed in the examples do not represent the opinion of Merriam-Webster or its editors. Send us feedback. 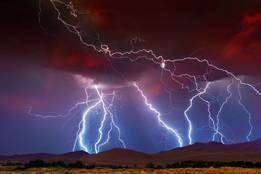 adjective
fa·​tal
1
: causing failure of a legal claim or cause of action
a fatal defect in the proceedings—W. R. LaFave and J. H. Israel
2
: making something (as a contract) invalid or unenforceable
there is a fatal indefiniteness with the result that the agreement is void—J. D. Calamari and J. M. Perillo
fatally adverb

More from Merriam-Webster on fatal