ˈdrēm
often attributive
Synonyms of dream
1
: a series of thoughts, images, or emotions occurring during sleep
had a dream about climbing a mountain
gives me bad dreams
compare rem sleep
2
: an experience of waking life having the characteristics of a dream: such as
a
: a visionary (see visionary entry 1 sense 2a) creation of the imagination : daydream
the dreams of her youth
b
: a state of mind marked by abstraction or release from reality : reverie
walking around in a dream
c
: an object seen in a dreamlike state : vision
a man that was her dream come true
3
: something notable for its beauty, excellence, or enjoyable quality
the new car is a dream to operate
4
a
: a strongly desired goal or purpose
a dream of becoming president
b
: something that fully satisfies a wish : ideal
a meal that was a gourmet's dream
dreamful
ˈdrēm-fəl
adjective
dreamfully
ˈdrēm-fə-lē
adverb
dreamfulness noun
dreamless adjective
dreamlessly adverb
dreamlessness noun
dreamlike
ˈdrēm-ˌlīk
adjective

1
: to have a series of thoughts, images, or emotions while sleeping : to have a dream (see dream entry 1 sense 1)
doesn't recall dreaming last night
dream of departed loved ones
2
: to indulge in daydreams or fantasies
dreaming of a better future
3
: to appear tranquil or dreamy (see dreamy sense 3a)
houses dream in leafy shadows—Gladys Taber

1
: to have a dream of
dreamt that he was running in the woods
2
: to consider as a possibility : imagine
never dreamed I would become a teacher
3
: to pass (time) in reverie or inaction
dreaming the hours away
Phrases
dream of
: to consider possible or fitting
wouldn't dream of disturbing you

Not until the 13th century was our word dream used in the sense of “a series of thoughts, images, or emotions occurring during sleep.” The word itself is considerably older. In Old English dream means “joy,” “noise,” or “music.” Yet the change in meaning did not come from the development of a more specialized sense. Rather it appears that after many Scandinavian conflicts, conquests, and settlements in Britain the Old Norse draumr, meaning “a dream during sleep,” influenced the meaning of the etymologically related, English word. By the end of the 14th century the earlier meanings had been entirely replaced.

Noun He had a dream about climbing a mountain. You were in my dream last night. I've found the man of my dreams. They succeeded beyond their wildest dreams. Never in my wildest dreams did I imagine it would be so much fun. If you think the work will be easy, you're living in a dream world. He has had a lifelong dream of becoming an actor. It's a dream of mine to own a house in the country. Tell me your hopes and dreams. Making it to the Olympics was a dream come true. Verb Did it really happen or did I just dream it? He tends to dream big but he never really does the things he dreams of doing. See More
Recent Examples on the Web
Noun
Certainly one of the buzziest horror-sci-fi entries on the Sundance slate, this third feature from Brandon Cronenberg (son of the auteur David Cronenberg) looks like a toxic fever dream. —Taylor Antrim, Vogue, 19 Jan. 2023 Does that whole era feel like a fever dream to you? —Marlow Stern, Rolling Stone, 18 Jan. 2023 With friends like Sebastian and Flounder, Ariel made life under the sea seem like a dream. —Stacey Grant, Seventeen, 18 Jan. 2023 Much like this slice of the desert, your 90-minute ride will feel like a dream. —Chris Malloy, Bon Appétit, 18 Jan. 2023 It’s just all just a little bit wrong, like a dream or like something created by aliens to look like real life. —Chris Willman, Variety, 16 Jan. 2023 For some companies that sell gaming and creator-oriented laptops, glasses-free 3D has become a bit of a dream. —Monica Chin, The Verge, 4 Jan. 2023 Applies like a dream, leaves absolutely no white cast even on deeper Fitzpatrick types, smells nice and light, and best of all, contains no pore clogging ingredients! —Tiffany Dodson, Harper's BAZAAR, 4 Jan. 2023 The memories of the hotel and the being behind the counter were quickly fading like a dream soon after waking. —Justin Higginbottom, The New Republic, 3 Jan. 2023
Verb
Over in the Caribbean, the Aerial BVI will be delivering a series of themed summits (abundance, strength, love, presence, and dream) on a private island. —Condé Nast Traveler, 21 Dec. 2022 Despite the meltdown, Dallas (10-4) can still dream of extinguishing its 26-year drought since last winning a Super Bowl. —Jarrett Bell, USA TODAY, 19 Dec. 2022 Who knows, your next great idea could come from someone who might be too busy to dream it up right now. —Shayne Skaff, Forbes, 24 June 2022 Mary Tyler Moore explores Mary’s vanguard career, who, as an actor, performer, and advocate, revolutionized the portrayal of women in media, redefined their roles in show business, and inspired generations to dream big and make it on their own. —Mia Galuppo, The Hollywood Reporter, 11 Jan. 2023 Most of all, TCU will allow other Power Five teams to dream big. —Paul Myerberg, USA TODAY, 10 Jan. 2023 As the daughter of global superstars, Blue has stepped into her role as a public figure and has used her spotlight to empower young girls everywhere to dream big and to be confident. —Diane J. Cho, Peoplemag, 7 Jan. 2023 That’s a lot to fit under the tree, but the real Santa hasn’t lost his hat, so now is the time to dream big. —Steve Lopez, Los Angeles Times, 17 Dec. 2022 The best way to get started with defining and documenting your mission and vision is to dream big and reverse engineer it. —Sam Kaufman, Forbes, 26 Aug. 2022 See More

These example sentences are selected automatically from various online news sources to reflect current usage of the word 'dream.' Views expressed in the examples do not represent the opinion of Merriam-Webster or its editors. Send us feedback.

An Analysis of 'Dream'

We interpret the history and significance of the word. 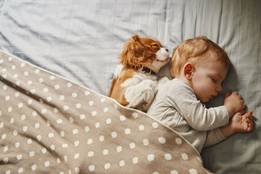 1 of 2 noun
ˈdrēm
1
: a series of thoughts, pictures, or feelings occurring during sleep
2
: a vision created in the imagination : daydream
3
: something notable for its beauty or pleasing quality
4
: a goal that is longed for : ideal
dreamlike
-ˌlīk
adjective

2 of 2 verb
ˈdrēm
dreamed ˈdrem(p)t ˈdrēmd or dreamt ˈdrem(p)t ; dreaming ˈdrē-miŋ
1
: to have a dream
dreamed about my dog
2
: to spend time having daydreams
3
: to think of as happening or possible : imagine
never dreamed I'd win
dreamer noun

1 of 2 noun
ˈdrēm
often attributive
: a series of thoughts, images, or emotions occurring during sleep and especially during REM sleep compare daydream

1
: to have a dream
2
: to indulge in daydreams or fantasies

: to have a dream of
dreamer
ˈdrē-mər
noun

More from Merriam-Webster on dream