Definition of dependent (Entry 2 of 2)

1 : one that is dependent especially : a person who relies on another for support an individual's spouse and dependent
2 archaic : dependency
Other Words from dependent Synonyms Is it ever correct to use dependant instead of dependent? More Example Sentences Phrases Containing dependent Learn More About dependent

Other Words from dependent

Is it ever correct to use dependant instead of dependent?

The simple answer to the question of when dependant should be preferred to dependent is—for the American writer, anyway—maybe never. But that's only the simple answer.

This wasn't always the case: dependant is the older of the pair. The word is derived from French dépendant, which was borrowed into English during the Middle Ages with two different meanings: a literal one, "hanging down" (dépendant is the present participle of the French verb dépendre, meaning "to hang down”) and an extended one, “determined or conditioned by another.”

For two centuries, the English adjective was frequently spelled with final -ant or -aunt. But in the 16th century, the spelling of the word began to shift toward the -ent ending, influenced by the Latin form of the word, dēpendēnt. It is this Latinized spelling of the adjective that is predominately found in American and British English today.

The French-derived dependant, however, still has life across the pond—as a noun. The noun form is newer; it dates to the early 16th century, around the time that the spelling of the word was shifting. Why the -ant spelling for the noun had more staying power in British English is unknown. As the Oxford English Dictionary notes, it was possibly influenced by other nouns, such as defendant and assistant.

Examples of dependent in a Sentence

Adjective He has been alcohol dependent for several years. the dependent willow branches swayed in the gentle breeze Noun The insurance provides coverage for workers and their dependents. a person's spouse and dependents Do you have any dependents?
Recent Examples on the Web: Adjective The new Phase 3 rules will apply to everyone in the DWP’s coverage area — not just those that are dependent on State Water Project supplies, Adams said. — Hayley Smith, Los Angeles Times, 10 May 2022 Your return is also dependent on the market climate—although thanks to remote work, many markets that thrived in the high season are now popular year-round. — Emma Reynolds, House Beautiful, 10 May 2022 The situation is especially worrying because at this young age, the joey is still dependent on its mother for nursing and needs to spend time in her pouch. — Miriam Marini, Detroit Free Press, 9 May 2022 His organization promotes city planning that, among other goals, focuses heavily on adapting urban areas to be less dependent on cars. — Trevor Fraser, Orlando Sentinel, 6 May 2022 At the time, the space shuttle had been retired, and the U.S. was dependent on hitching rides aboard Russian Soyuz spacecraft to get astronauts to the International Space Station (ISS). — Jeffrey Kluger, Time, 6 May 2022 The health of our people and planet are dependent on it. — Vogue, 5 May 2022 Pentagon press secretary John Kirby said Monday that America’s military readiness is not dependent on one system. — Chicago Tribune, 3 May 2022 Pentagon press secretary John Kirby said Monday that America's military readiness is not dependent on one system, such as the Javelin. — Compiled Democrat-gazette Staff From Wire Reports, Arkansas Online, 3 May 2022 Recent Examples on the Web: Noun Can you be claimed as a dependent on another person's 2021 return? — Susan Tompor, Detroit Free Press, 6 Apr. 2022 Information presented to jurors on Tuesday also alleged that Hyde had been a foster parent to the teen, even declaring him on his taxes as a dependent. — Jeff Truesdell, PEOPLE.com, 30 Mar. 2022 To qualify, a young worker could not be claimed as a dependent on a parent's 2021 tax return. — Susan Tompor, Detroit Free Press, 16 Feb. 2022 Care provided by a relative who is not your dependent can qualify as an expense. — Aimee Picchi, CBS News, 11 Feb. 2022 The parents would need to be able to claim the child as a dependent on their 2021 income tax return and qualify based on income limits for the credit. — Susan Tompor, USA TODAY, 2 Feb. 2022 People may be afraid of exposure to unmasked or hostile customers, have a vulnerable dependent who could get seriously ill from Covid or feel pushed to quit because of staffing shortages at their own jobs that make workloads unbearable. — Danielle Wiener-bronner, CNN, 14 Jan. 2022 Among drawbacks, the credit isn't available to full-time students or those who can be claimed as a dependent. — Russ Wiles, The Arizona Republic, 20 Feb. 2022 Your parents will have to file a paper return in order to claim you as a dependent. — Amber Gray-fenner, Forbes, 25 Jan. 2022 See More

These example sentences are selected automatically from various online news sources to reflect current usage of the word 'dependent.' Views expressed in the examples do not represent the opinion of Merriam-Webster or its editors. Send us feedback.

First Known Use of dependent

History and Etymology for dependent

The first known use of dependent was in the 14th century 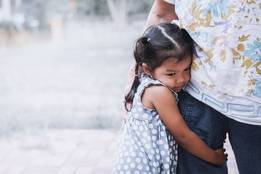 How to Use 'Dependent' and 'Dependant'

How to Use 'Dependent' and 'Dependant'

1 : determined by something or someone else Our plans are dependent on the weather.
2 : relying on someone else for support
3 : requiring or addicted to a drug or alcohol

Kids Definition of dependent (Entry 2 of 2)

: a person who depends upon another for support

1 : unable to exist, sustain oneself, or act appropriately or normally without the assistance or direction of another
2 : affected with a drug dependence
3a : occurring under the influence of gravity dependent drainage
b : affecting the lower part of the body and especially the legs dependent edema

Other Words from dependent

Medical Definition of dependent (Entry 2 of 2)

: one that is dependent (as on drugs or a person)

1 : determined or conditioned by another : contingent
2a : relying on another for especially financial support
b : lacking the necessary means of support or protection and in need of aid from others (as a public agency) have the child declared dependent and taken away from his or her parents— L. H. Tribe
3 : subject to another's jurisdiction the United States and its dependent territories

Legal Definition of dependent (Entry 2 of 2)

: a person who is dependent especially : a close relative or member of a taxpayer's household who receives over half of his or her support from the taxpayer and is a U.S. citizen, national, or resident, or a resident of a bordering country (as Mexico) — see also dependency exemption at exemption

More from Merriam-Webster on dependent