blameworthy and blamable apply to any degree of reprehensibility.

conduct adjudged blameworthy
an accident for which no one is blamable

guilty implies responsibility for or consciousness of crime, sin, or, at the least, grave error or misdoing.

guilty of a breach of etiquette

culpable is weaker than guilty and is likely to connote malfeasance or errors of ignorance, omission, or negligence.

They held her culpable for the accident. He's more culpable than the others because he's old enough to know better.
Recent Examples on the Web Demonte Hewitt, who the judge said was less culpable in the attack than his cousin and has done more to improve himself in jail, was sentenced to a total of 46 months for the assault and for charges in the unrelated case. Washington Post, 24 Mar. 2022 Now a federal jury in the District will decide whether two officers involved in the Oct. 23, 2020, pursuit should be held criminally culpable for their actions during and after a chase that authorities say was illegally reckless. Paul Duggan, Washington Post, 25 Oct. 2022 Osler said a minor participant would be more culpable. Amy Forliti, USA TODAY, 27 July 2022 Andrews, 49, has been charged with one count of culpable negligence inflicting actual personal injury, the Broward State Attorney’s Office announced Friday. Angie Dimichele, Sun Sentinel, 16 Sep. 2022 Last month a person with monkeypox in Texas died, but whether or not the virus was culpable remains unconfirmed, CNN reports. Theara Coleman, The Week, 13 Sep. 2022 Murray and his agent, Erik Burkhardt, are culpable, too. Kent Somers, The Arizona Republic, 29 July 2022 Though there are tangible steps owners should take to mitigate harm, Kang said manufacturers who develop these products should also be culpable. Kimmy Yam, NBC News, 17 July 2022 If Americans did continue to ignore it and not hold politicians to account, an angry Kimmel said the public is culpable. Abid Rahman, The Hollywood Reporter, 26 May 2022 See More

These example sentences are selected automatically from various online news sources to reflect current usage of the word 'culpable.' Views expressed in the examples do not represent the opinion of Merriam-Webster or its editors. Send us feedback. 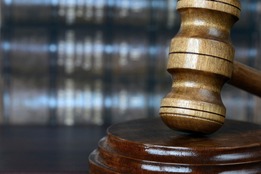 More from Merriam-Webster on culpable