1
a
: to squeeze or force by pressure so as to alter or destroy structure
crush grapes
b
: to squeeze together into a mass
She crushed her clothes into a bag.
2
: to reduce to particles by pounding or grinding
crush rock
3
a
: to subdue completely
The rebellion was crushed.
b
: to cause overwhelming emotional pain to (someone)
Her insults crushed him.
c
: to oppress or burden grievously
crushed by debt
d
: to suppress or overwhelm as if by pressure or weight
4
: crowd, push
were crushed into the elevator
5
: hug, embrace
She crushed her child to her breast.
6
archaic : drink

1
: to advance with or as if with crushing
The crowd crushed ruthlessly toward the exit.
2
: to become crushed
The stewed tomatoes crush easily.
3
obsolete : crash
4
informal : to experience an intense and usually passing infatuation : to have a crush on someone —usually used with on
She's been crushing on him all summer.Turns out Fat Monica was motivated to lose all the weight after she overhead Chandler (whom she was crushing on) tell Ross: "I don't want to be stuck here all night with your fat sister." Entertainment Weekly
crushable
ˈkrə-shə-bəl
adjective
crusher noun
crushingly adverb

1
: an intense and usually passing infatuation
have a crush on someone
also : the object of infatuation
2
a
: crowd, mob
especially : a crowd of people pressing against one another
b
: a crowding together (as of people)
3
: an act of crushing
4
: the quantity of material crushed
crushproof
ˈkrəsh-ˌprüf
adjective

crowd implies a close gathering and pressing together.

a throng of reporters
a horde of shoppers

crush emphasizes the compactness of the group, the difficulty of individual movement, and the attendant discomfort.

a crush of fans

mob implies a disorderly crowd with the potential for violence.

Verb Unfortunately some of the flowers got crushed when we were moving them. The bicycle was crushed under the truck's tires. The machine crushes the cans so that they can be stored until they are recycled. Her arm was crushed in the accident. Crush the nuts and sprinkle them on top of the cake. The rocks were crushed into dust. Noun Yesterday I saw my old high school crush for the first time in five years. The crush in the train station is at its worst during the afternoon rush hour. Outside the hotel stood a crush of reporters waiting for her arrival. See More
Recent Examples on the Web
Verb
Gab and Parler were both implicated as platforms used to organize the January 6, 2021, insurrection, which was a literal attempt to end democracy, and usher in a regime that would crush dissenting voices on social media. Brynn Tannehill, The New Republic, 26 Oct. 2022 Yet, overall demand remains strong, wages are growing fast and there are few signs of the sort of economic trouble that would crush prices. James Mackintosh, WSJ, 14 Sep. 2022 Clear out the Halloween decorations and bring your pumpkin to crush at this bash hosted by WasteNot Compost and the Andersonville Chamber of Commerce. Samantha Nelson, Chicago Tribune, 4 Nov. 2022 When reformers threatened the system in the late 1990s, moderates and hard-liners worked together to crush the threat. Ray Takeyh, WSJ, 2 Nov. 2022 Doing so requires Morse to crush his older brother (a soulful Thomas Gomez), who runs a small-time numbers game that paid for Morse’s law degree. Isaac Butler, The New Yorker, 1 Nov. 2022 Now, Swift’s new studio album is set to crush the U.K. charts. Lars Brandle, Billboard, 24 Oct. 2022 The Fed has been hiking interest rates in a bid to slow the economy enough to crush inflation, but with every rate hike Wall Street grows more jittery that the central bank will go too far. Alex Veiga, ajc, 20 Oct. 2022 Kurds have long struggled for an autonomous region of their own in northwestern Iran — a movement Iranian authorities have sought to crush. Sanam Mahoozi, Washington Post, 18 Oct. 2022
Noun
She was feted at Mardi Gras in New Orleans, welcomed by fireworks during a visit to Puerto Rico and greeted by a crush of fans at the 1904 St. Louis World’s Fair. Francine Uenuma, Smithsonian Magazine, 18 Nov. 2022 Each stands out in a time of upheaval in the travel industry as the crush of passengers, combined with shortages of labor and planes, bring back familiar travel frustrations like long security lines, flight cancellations and pricey airline tickets. Dawn Gilbertson, WSJ, 17 Nov. 2022 The holiday, however, is rocked when fading Hollywood star, and Mac’s high school crush, Chase Weston, comes home for Christmas to visit his pregnant sister and nephew and is begrudgingly roped into participating in the Games. al, 12 Nov. 2022 Throw in the fact his crush (the Little Red-Haired Girl) may make an appearance, and Charlie will have to finish his assignment before the clock strikes midnight. Adrianna Freedman, Good Housekeeping, 4 Nov. 2022 The crush, which occurred in Seoul's popular Itaewon District during a Halloween festival, marked South Korea's deadliest disaster since 2014. Justin Klawans, The Week, 1 Nov. 2022 The crowd crush tragedy occured over the weekend when a crowd surge took place in a narrow alley. Justine Browning, EW.com, 31 Oct. 2022 In an interview after the crowd crush at Houston's Astroworld festival, in which 10 died, crowd management pioneer Paul Wertheimer explained what happens amid overcrowded conditions, often during mass celebrations like concerts and festivals. Julianne Mcshane, NBC News, 30 Oct. 2022 Of the supporting singers, mezzo Sun-Ly Pierce stood out in a brief appearance as Jack, the teenager with a crush on Avis. Heidi Waleson, WSJ, 1 Nov. 2022 See More

These example sentences are selected automatically from various online news sources to reflect current usage of the word 'crush.' Views expressed in the examples do not represent the opinion of Merriam-Webster or its editors. Send us feedback. 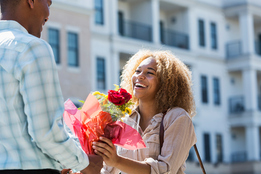 7 Words for When You're Feeling...

Words for all those big, mushy feelings

ˈkrəsh
1
: to squeeze together so as to break or destroy the natural shape or condition
crush grapes
2
: hug sense 1
3
: to break into fine pieces by pressing, pounding, or grinding
crush stone
4
a
: overwhelm sense 2
crushed the enemy
b
: oppress sense 2
crusher noun

1
: an act of crushing
2
: a crowding together of many people
3
: a strong but often temporary liking : infatuation
have a crush on someone

More from Merriam-Webster on crush