crit·​i·​cal ˈkri-ti-kəl
Synonyms of critical
1
a
: inclined to criticize severely and unfavorably
His critical temperament cost him several friends.
b
: consisting of or involving criticism
critical writings
also : of or relating to the judgment of critics
The play was a critical success.
c
: exercising or involving careful judgment or judicious evaluation
critical thinking
a critical commentary on the mayor's proposal
d
: including variant readings and scholarly emendations
a critical edition
2
a
: of, relating to, or being a turning point or specially important juncture
a critical phase
: such as
(1)
: relating to or being the stage of a disease at which an abrupt change for better or worse may be expected
also : being or relating to an illness or condition involving danger of death
critical care
a patient listed in critical condition
(2)
: relating to or being a state in which or a measurement or point at which some quality, property, or phenomenon suffers a definite change
critical temperature
b
: indispensable, vital
a critical waterfowl habitat
a component critical to the operation of a machine
c
: being in or approaching a state of crisis
a critical shortage
a critical situation
d
: crucial, decisive
a critical test
3
a
: of sufficient size to sustain a chain reaction —used of a mass of fissionable material
a critical mass
b
: sustaining a nuclear chain reaction
The reactor went critical.
critically
ˈkri-ti-k(ə-)lē
adverb
criticalness
ˈkri-ti-kəl-nəs
noun

critical may also imply an effort to see a thing clearly and truly in order to judge it fairly.

hypercritical suggests a tendency to judge by unreasonably strict standards.

hypercritical disparagement of other people's work

carping implies an ill-natured or perverse picking of flaws.

censorious implies a disposition to be severely critical and condemnatory.

the censorious tone of the review

These example sentences are selected automatically from various online news sources to reflect current usage of the word 'critical.' Views expressed in the examples do not represent the opinion of Merriam-Webster or its editors. Send us feedback. 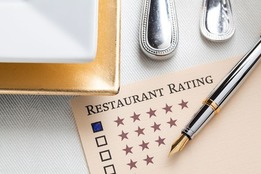 8 obscure words for those who pass judgment

Words for calling someone out

adjective
crit·​i·​cal ˈkrit-i-kəl
1
a
: inclined to criticize unfavorably
b
: consisting of or involving criticism or the judgments of critics
critical writings
c
: using or involving careful judgment
a critical examination of a patient
2
a
: of, relating to, or being a turning point
the critical phase of a fever
also : being at a stage of illness involving danger of death
b
: being or relating to a state or point at which a definite change occurs
the critical temperature
c
: crucial sense 1
a critical test
3
: indispensable, vital
provides critical services
4
: of big enough size to keep a chain reaction going —used of a mass of material that can go through fission
critically
-i-k(ə-)lē
adverb
criticalness
-kəl-nəs
noun

adjective
crit·​i·​cal ˈkrit-i-kəl
1
a
: relating to, indicating, or being the stage of a disease at which an abrupt change for better or worse may be anticipated with reasonable certainty
the critical phase of a fever
b
: being or relating to an illness or condition involving danger of death
critical care
a critical head injury
2
a
: of sufficient size to sustain a chain reaction —used of a mass of fissionable material
b
: sustaining a chain reaction —used of a nuclear reactor
critically
-k(ə-)lē
adverb

More from Merriam-Webster on critical