: a way of organizing a society in which the government owns the things that are used to make and transport products (such as land, oil, factories, ships, etc.) and there is no privately owned property

1a : a system in which goods are owned in common and are available to all as needed
b : a theory advocating elimination of private property
2 capitalized
a : a doctrine based on revolutionary Marxian socialism and Marxism-Leninism that was the official ideology of the U.S.S.R.
b : a totalitarian system of government in which a single authoritarian party controls state-owned means of production
c : a final stage of society in Marxist theory in which the state has withered away and economic goods are distributed equitably
d : communist systems collectively
Frequently Asked Questions About communism Example Sentences Learn More About communism

What is the difference between communism and socialism?

English speakers generally use the word communism to talk about political and economic ideologies that find their origin in Karl Marx’s theory of revolutionary socialism, which advocates a proletariat overthrow of capitalist structures within a society; societal and communal ownership and governance of the means of production; and the eventual establishment of a classless society. The most well-known expression of Marx’s theories is the 20th-century Bolshevism of the U.S.S.R., in which the state, through a single authoritarian party, controlled a society’s economic and social activities with the goal of realizing Marx’s theories. Socialism refers to a system of social organization in which private property and the distribution of income are subject to social control. The conception of that control has varied significantly over time. In the modern era, "pure" socialism has been seen only rarely and usually briefly in a few Communist regimes.

What exactly is communism?

When it was first used in the mid-19th century, communism referred to an economic and political theory that advocated the elimination of private property and the common sharing of all resources among a group of people; in this use, it was often used interchangeably with the word socialism. Today, the word communism usually refers to the political and economic ideologies originating from Karl Marx's theory of revolutionary socialism, which advocates a proletariat overthrow of capitalist structures within a society; societal and communal ownership and governance of the means of production; and the eventual establishment of a classless society.

What countries are communist?

The countries of China, Cuba, Vietnam, Laos, and North Korea are the existing countries typically identified as being communist.

Examples of communism in a Sentence

On one side stood Hitler, fascism, the myth of German supremacy; on the other side stood Stalin, communism, and the international proletarian revolution. — Anne Applebaum, New York Review of Books, 25 Oct. 2007 … I grew up in an idyllic midwestern town in the 1950's, when America was obsessed with the threat of communism. In Lawrence, Kansas, people felt the cold war as something real and very close. In the first grade, my teacher pointed to a giant orange blob on the map. That was Russia, Mrs. Postma announced. They were bigger than we were, and they were out to destroy us. — Sara Paretsky, Booklist, 1 May 2003 Like me, he has lived his adult life in the context of the cold war. He was … in some sense always justified, at the back of his mind, by a concept of freedom, of America, that took sharpness from contrast with Communism. — John Updike, New York Times Book Review, 5 Aug. 1990 Communism is a religion of the state, committed to the extinction of the Church. — Flannery O'Connor, The Habit Of Being, 1979
See More
Recent Examples on the Web The country’s population peaked shortly before the fall of communism at nearly 9 million. — Washington Post, 7 Jan. 2022 Roughly seventy years ago the left's forebears made precisely the same move when confronted with an overly zealous, demagogic critic of communism. — Damon Linker, The Week, 25 June 2021 Soviet communism was defeated, but history moves in cycles. — David Satter, WSJ, 30 Dec. 2021 The declared purpose of the treaty organization was to counter the Soviet Union and contain the spread of international communism. — Ryan Cooper, The Week, 28 Dec. 2021 The incident that drives the film’s plot is the investigation into Ball’s ties to communism — an accusation that could kill someone’s career. — Los Angeles Times, 21 Dec. 2021 The ethereal, avant-pop shape-shifter brings us commoners tools that mimic her face drawings, as seen on her TikTok discussing A.I. and communism. — Maggie Lange, Allure, 20 Dec. 2021 Blumenthal said that the awards' focus on labor were what attracted him, and his attendance had nothing to do with support for communism. — Timothy Nerozzi, Fox News, 18 Dec. 2021 In Malaysia, officials even prohibited the film’s release because the Malaysian Film Censorship Board ruled the epic promotes communism, which is outlawed in the country. — Eamon Barrett, Fortune, 25 Nov. 2021

These example sentences are selected automatically from various online news sources to reflect current usage of the word 'communism.' Views expressed in the examples do not represent the opinion of Merriam-Webster or its editors. Send us feedback.

First Known Use of communism

History and Etymology for communism

The first known use of communism was in 1840 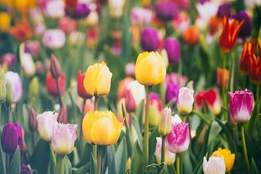 Some of the words that defined the week ending April 2, 2021

: a social system or theory in which property and goods are held in common

More from Merriam-Webster on communism

Thesaurus: All synonyms and antonyms for communism