1
a
: to cause to move or send forth by throwing
cast a fishing lure
cast dice
b
: direct
cast a glance
c(1)
: to put forth
the fire casts a warm glow
cast light on the subject
cast a shadow
(2)
: to place as if by throwing
cast doubt on their reliability
d
: to deposit (a ballot) formally
cast her vote
e(1)
: to throw off or away
the horse cast a shoe
(2)
: to get rid of : discard
cast off all restraint
soda cans and fast-food boxes cast aside on the beach
(3)
: shed, molt
cast feathers
(4)
: to bring forth
especially : to give birth to prematurely
f
: to throw to the ground especially in wrestling
The cow was cast and her legs tied.
g
: to build by throwing up earth
cast a mound
2
a(1)
: to perform arithmetical operations on : add
(2)
: to calculate by means of astrology
cast a person's horoscope
b
archaic : decide, intend
3
a
: to dispose or arrange into parts or into a suitable form or order
I shall cast what I have to say under two principal heads Tatler
b(1)
: to assign the parts of (a dramatic production) to actors
cast a movie
(2)
: to assign (someone, such as an actor) to a role or part
was cast in the leading role
4
a
: to give a shape to (a substance) by pouring in liquid or plastic form into a mold and letting harden without pressure
cast steel
b
: to form by this process
toys cast from plastic
5
: turn
cast the scale slightly
6
: to make (a knot or stitch) by looping or catching up
cast a square knot
7
: twist, warp
a beam cast by age
8
: to transmit the sound and images of (something happening) in real time via the Internet
The event is cast live over the Internet and broadcast later on National Public Radio's "Science Friday." Lynn Teo Simarski
The webinar will be cast live over Skype on a large screen at the church. Cheril Vernon

1
: to throw something
specifically : to throw out a lure with a fishing rod
2
dialectal British : vomit
3
dialectal, England : to bear fruit : yield
4
a
: to perform addition
b
obsolete : estimate, conjecture
5
: warp
lumber casts
6
: to range over land in search of a trail —used of hunting dogs or trackers
7
: veer
castability
ˌka-stə-ˈbi-lə-tē
noun
castable
ˈka-stə-bəl
adjective

1
a
: an act of casting
b
: something that happens as a result of chance
c
: a throw of dice
a seven on the first cast
d
: a throw of a line (such as a fishing line) or net
a perfect cast
2
a
: the form in which a thing is constructed
b(1)
: the set of actors in a dramatic production
The show features an all-star cast.
(2)
: a set of characters or persons
in both great houses there is the usual cast of servants Elizabeth Bowen
c
: the arrangement of draperies in a painting
3
: the distance to which a thing can be thrown
specifically : the distance a bow can shoot
4
a
: a turning of the eye in a particular direction
also : expression
this freakish, elfish cast came into the child's eye Nathaniel Hawthorne
b
: a slight strabismus
5
: something that is thrown or the quantity thrown
especially, British : the leader of a fishing line
6
a
: something that is formed by casting in a mold or form: such as
(1)
: a reproduction (as of a statue) in metal or plaster : casting
(2)
: a fossil reproduction of the details of a natural object by mineral infiltration
b
: an impression taken from an object with a liquid or plastic substance : mold
They made a mask from a wax cast of her face.
c
: a rigid casing (as of fiberglass or of gauze impregnated with plaster of paris) used for immobilizing a usually diseased or broken part
has a cast on her broken arm
7
: forecast, conjecture
8
a
: an overspread of a color or modification of the appearance of a substance by a trace of some added hue : shade
gray with a greenish cast
b
: tinge, suggestion
a cast of bitterness in his words Walter O'Meara
9
a
: a ride on one's way in a vehicle : lift
A motorist gave him a cast as far as the town.
b
Scotland : help, assistance
10
a
: shape, appearance
the delicate cast of her features
b
: characteristic quality
his father's conservative cast of mind
11
: something that is shed, ejected, or thrown out or off: such as
a
: the excrement of an earthworm
b
: a mass of soft matter formed in cavities of diseased organs and discharged from the body
c
: the skin of an insect
12
: the ranging in search of a trail by a dog, hunting pack, or tracker
The setter made a wide cast.
Phrases
cast lots
: to draw lots to determine a matter by chance

Choose the Right Synonym for cast

discard implies the letting go or throwing away of something that has become useless or superfluous though often not intrinsically valueless.

cast, especially when used with off, away, or out, implies a forceful rejection or repudiation.

cast off her friends

shed and slough imply a throwing off of something both useless and encumbering and often suggest a consequent renewal of vitality or luster.

shed a bad habit
finally sloughed off the depression

scrap and junk imply throwing away or breaking up as worthless in existent form.

scrap all the old ways
would junk our educational system

throw, cast, toss, fling, hurl, pitch, sling mean to cause to move swiftly through space by a propulsive movement or a propelling force.

throw is general and interchangeable with the other terms but may specifically imply a distinctive motion with bent arm.

can throw a fastball and a curve

cast usually implies lightness in the thing thrown and sometimes a scattering.

cast it to the winds

toss suggests a light or careless or aimless throwing and may imply an upward motion.

tossed the coat on the bed

flung the ring back in his face

hurl implies power as in throwing a massive weight.

hurled himself at the intruder

sling stresses either the use of whirling momentum in throwing or directness of aim.

slung the bag over his shoulder

Verb Seaweed was cast up by the waves. The tree cast a long shadow on the lawn. How many votes were cast? Noun She has a cast on her arm. They made a mask from a wax cast of her face.
Recent Examples on the Web
Verb
In the lengthy conversation, Astbury also explained how he was almost cast as Jim Morrison in an upcoming film, including The Doors’ legacy, and touched on new bands such as post-punkers Idles. Marisa Whitaker, SPIN, 19 Sep. 2022 But the documentary was filmed a few months after she was cast and not long before her departure was reported. Julian Lucas, The New Yorker, 16 Sep. 2022 Ruta embodied that role for 14 consecutive seasons and he was cast as Marley again for this year’s production at the Geary Theater, the first after a two-year pandemic hiatus. Sam Whiting, San Francisco Chronicle, 15 Sep. 2022 God knows what that meant: Clerks II was hardly anybody’s idea of a New Hope, with the exception of star Brian O’Halloran, who had surely never before dared to hope he’d be cast in a love story opposite Rosario Dawson. John Defore, The Hollywood Reporter, 8 Sep. 2022 In October 2021, Fraser continued to work with DC Comics as he was cast as the villain Firefly in the Batgirl film starring Leslie Grace, Michael Keaton, and J. K. Simmons. Kelsie Gibson, Peoplemag, 7 Sep. 2022 He was cast as the lead actor Jack, which was later recast with Harry Styles. Jordan Moreau, Variety, 26 Aug. 2022 He was deftly cast as the wisecracking superhero’s pal Weasel. Matt Wake | Mwake@al.com, al, 24 Aug. 2022 What went through your mind when you were cast in the Kite Runner? Jeryl Brunner, Forbes, 18 Aug. 2022
Noun
At Lifetime, 60% of the original 2022 movies are written by women, and people of color make up 54% of the channel’s leading cast members. Emily Longeretta, Variety, 23 Sep. 2022 Yet this particular practice is drummed into the cast members. Elizabeth Blackwell, Longreads, 23 Sep. 2022 On Thursday, the streaming service announced that the popular drama series, Heartstopper, is now in production for season 2 and will feature four new cast members: Sahar Zahid, Jack Barton, Bradley Riches and Nima Taleghani. Alexis Jones, Peoplemag, 22 Sep. 2022 The film will screen at the festival’s closing night gala at the Omni Boston Hotel at the Seaport; director David L. Cunningham and various cast members will be in attendance. Joy Ashford, BostonGlobe.com, 21 Sep. 2022 Host Chris Harrison led the remaining cast members in a discussion about consent. Amy Kaufman, Los Angeles Times, 20 Sep. 2022 Despite losing eight cast members, SNL will add at least four new ones: Marcello Hernandez, Molly Kearney, Michael Longfellow, and Devon Walker. Lester Fabian Brathwaite, EW.com, 20 Sep. 2022 Right Up sequel starring original cast members played by Judy Greer and Keegan-Michael Key. Time, 20 Sep. 2022 Many of the cast members hail from Simsbury, but there are also some from Hartford, Farmington and elsewhere. Christopher Arnott, Hartford Courant, 20 Sep. 2022 See More

These example sentences are selected automatically from various online news sources to reflect current usage of the word 'cast.' Views expressed in the examples do not represent the opinion of Merriam-Webster or its editors. Send us feedback.

13th century, in the meaning defined at transitive sense 1a

A Drudge of Lexicographers Presents:...

What do you call a group of cats? 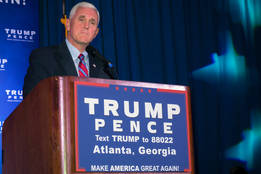 People turned to the dictionary to see if Pence's use of the verb 'cast' was correct. It wasn't.

ˈkast
cast; casting
1
: throw entry 1 sense 1
cast a stone
cast a fishing line
2
: to direct to or toward something or someone
cast a glance
3
: to send out or forward
cast a shadow
cast light
4
: to put under the influence of
cast a spell
The news cast gloom over the party.
5
: to throw out, off, or away : shed
Snakes cast their skins.
6
: to make (a vote) formally
7
: to assign a part or role to
I was cast as the hero in the play.
8
: to give shape to liquid material by pouring it into a mold and letting it harden
The statue was cast in bronze.

1
: an act of throwing
He caught a fish on his first cast.
2
: the characters or the people acting in a play or story
3
: a stiff dressing (as of plaster) hardened around a part of the body to allow a broken bone to heal
I had a cast on my leg.
4
: a hint of color
a bluish cast
5
: the container used to give a shape to the thing made in it
6
: something formed by casting in a mold or form
a bronze cast of a statue
7
: the distance to which a thing can be thrown
8
: shape entry 2 sense 1
His face has a rugged cast.
9
: something (as the skin of an insect or the waste of an earthworm) that is shed or thrown out or off

ˈkast
cast; casting
1
: to give a shape to (a substance) by pouring in liquid or plastic form into a mold and letting harden without pressure
2
: to form by casting

1
: a slight strabismus
2
a
: something that is formed by casting in a mold or form
especially : an impression taken from an object by using a liquid or plastic substance
b
: a rigid casing (as of fiberglass or of gauze impregnated with plaster of paris) used for immobilizing a usually diseased or broken part
3
: a mass of plastic matter formed in cavities of diseased organs (as the kidneys) and discharged from the body

More from Merriam-Webster on cast