ˈker
plural cares
Synonyms of care
1
: suffering of mind : grief
2
a
: a disquieted state of mixed uncertainty, apprehension, and responsibility
oppressed by sickness, grief, or care—William Wordsworth
also : something that causes such a state : a particular worry, concern, etc.
Relax and leave all your cares behind.
b
: a cause for such anxiety
3
a
: painstaking or watchful attention
his gentlemen conduct me with all care to some securest lodging—John Keats
see also take care
b
: maintenance
floor-care products
see also take care of
4
: regard coming from desire or esteem
a care for the common good
5
: charge, supervision
left the house in his care
especially : responsibility for or attention to health, well-being, and safety
under a doctor's care
see also health care, take care of
6
: a person or thing that is an object of attention, anxiety, or solicitude
The flower garden was her special care.

1
a
: to feel trouble or anxiety
cared for his safety
b
: to feel interest or concern
care about freedom
2
: to give care
care for the sick
3
a
: to have a liking, fondness, or taste
don't care for your attitude
b
: to have an inclination
would you care for some pie

care, concern, solicitude, anxiety, worry mean a troubled or engrossed state of mind or the thing that causes this.

care implies oppression of the mind weighed down by responsibility or disquieted by apprehension.

a face worn by years of care

concern implies a troubled state of mind because of personal interest, relation, or affection.

crimes caused concern in the neighborhood

solicitude implies great concern and connotes either thoughtful or hovering attentiveness toward another.

anxiety stresses anguished uncertainty or fear of misfortune or failure.

plagued by anxiety and self-doubt

worry suggests fretting over matters that may or may not be real cause for anxiety.

Noun She used care in selecting a doctor for her son. The children have inadequate medical care and little formal education. We need to provide poor people with better dental care. She wrote a book about car care. With proper care, the machine should last a decade or more. She is an expert on skin care. She knows a lot about the care and feeding of horses. She looks as if all the cares of the world are on her shoulders. Verb He doesn't care if he gets fired. I care what happens to her. On Valentine's Day, send her flowers to show that you care. I didn't know you cared. I wouldn't care to be in your shoes right now. I'm going for a walk. Would you care to join me? He'll show the photos to anyone who cares to see them. More factors influenced her decision than she cares to admit. See More
Recent Examples on the Web
Noun
Companies must train managers to handle layoff conversations with care. —Paolo Confino, Fortune, 2 Feb. 2023 Without her family nearby to help with child care, Nguyen was forced to embrace the messiness of everyday life. —Dallas News, 1 Feb. 2023 That July, he was moved to a nursing facility with 24-hour care. —Stephanie Wenger, Peoplemag, 1 Feb. 2023 Two Memphis fire department personnel have also been relieved of duty pending an internal investigation in connection with Nichols' care, and they have not been identified. —Kiara Alfonseca, ABC News, 31 Jan. 2023 Many pressure washers come with zero-degree nozzles, which should be used with care. —Gabriel Morgan, Better Homes & Gardens, 31 Jan. 2023 The blooms can last up to six months with proper care: Provide indirect bright light, keep the plants moist and maintain humid air conditions. —Mariah Thomas, Good Housekeeping, 31 Jan. 2023 In fact the beauty of the evening as a whole — and its ultimate surprise — came in how the classical works were played with the vitality of folk music, and the folk music was offered with the care and virtuosity of classical repertoire. —Jeremy Eichler, BostonGlobe.com, 30 Jan. 2023 The two fire department employees tasked with Nichols' initial patient care were later relieved of duty. —Mirna Alsharif, NBC News, 28 Jan. 2023
Verb
During the pandemic, many Americans dropped out of the workforce to care for children and family, retire early, or reconsider their careers, and not all have returned. —Jeff Stein, Washington Post, 3 Feb. 2023 Some of the wage gap can be explained by gender differences in job choices and time taken off to care for children, but the difference that remains is widely attributed to discrimination and gender stereotyping. —Katie Johnston, BostonGlobe.com, 1 Feb. 2023 Your characters also make bad choices, but have many of the same needs as all of us to connect, to have fun, to care for something. —Callum Mclennan, Variety, 27 Jan. 2023 After more than two years at the helm, Burrell left the restaurant during the height of the COVID-19 pandemic to care for her mother. —Brianna Griff, Chron, 27 Jan. 2023 But deeper feeling kicks in once Alysia gets the inevitable phone call summoning her home from France to care for her father. —David Rooney, The Hollywood Reporter, 26 Jan. 2023 Folks working hard to care for themselves and support their families. —Detroit Free Press, 25 Jan. 2023 But just letting patients know that payment options exist isn’t enough to reduce cost barriers to care. —Deb Gordon, Forbes, 24 Jan. 2023 Hispanic and Latino families often live in multigenerational households where family members pitch in to care for elderly relatives. —Mike Dang, New York Times, 21 Jan. 2023 See More

These example sentences are selected automatically from various online news sources to reflect current usage of the word 'care.' Views expressed in the examples do not represent the opinion of Merriam-Webster or its editors. Send us feedback.

Note: The original meaning of the Indo-European verb base was perhaps "bewail the deceased," which might account for the divergent meanings "sorrow, care" and "make a sound, cry"; though given that the former meaning is only attested in Iranian and Germanic (in which the putative sense "make a sound," if it ever existed, has left no trace), it may be more likely that two separate Indo-European bases, one perhaps sound-symbolic, have partially merged. Note that the Indo-European reconstruction *ǵeh2r-, *ǵh2r- is based solely on presumed canonical root structure, as the only attested vocalisms for the base are *gar- and *gār-. Latin garrīre "to chatter, jabber," with geminate r, may be an unrelated onomatopoeic formation. 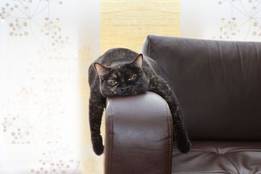 Can you care fewer?

2 of 2 verb
cared; caring
1
: to feel interest or concern
we care what happens
2
: to give care
care for the sick
3
: to have a liking or a desire
would you care for some pie?
carer noun

noun
1
: watchful or protective attention, caution, concern, prudence, or regard usually towards an action or situation
especially : due care
a person has a duty to use care in dealing with others, and failure to do so is negligence —R. I. Mehr
see also due care, negligence, standard of care

Note: Statute, case law, and custom often impose a duty of care. The degree or standard of care owed varies depending on the circumstances. For example, a landlord has to exercise greater care in relation to a tenant than to a trespasser.

2
a
: personal supervision or responsibility : charge
b
: maintenance

More from Merriam-Webster on care