: to go on, engage in, or conduct a campaign
campaigned for the presidency

: to enter (something, such as a horse or boat) in competition
was at that time campaigning a big steeplechase stable—A. H. Higginson
campaigner noun

Noun The group launched a campaign to protect the area from commercial development. The university is organizing a campaign to attract a more diverse student population. Verb She campaigned to save the town library. He campaigned hard to get more funding. a time when women were campaigning for the right to vote I campaigned for her when she ran for governor. See More
Recent Examples on the Web
Noun
On Tuesday, the academy suggested Riseborough's unorthodox campaign may necessitate tweaks to the bylaws. —Jake Coyle, USA TODAY, 2 Feb. 2023 These childhood obsessions, Chang says, informed his playful chibi drawing style: something that has stayed with him as a multidisciplinary designer and illustrator for toy products and even merch for Andrew Yang’s 2020 campaign. —Los Angeles Times, 1 Feb. 2023 Trump took aim at DeSantis’s Covid response during campaign stops in New Hampshire and South Carolina, accusing the governor ... —Brittany Bernstein, National Review, 1 Feb. 2023 As was the case with that campaign, McCarthy will kick off a longer effort that only starts on Game Day. —Brian Steinberg, Variety, 1 Feb. 2023 What about other members of his family, the Trump administration and campaign, other politicians? —Craig Unger, The New Republic, 1 Feb. 2023 Last year, the death of a young Jewish man became a last-minute issue in France’s national election campaign. —David I. Klein, Sun Sentinel, 1 Feb. 2023 There’s a lot of skepticism about former President Donald Trump’s campaign launch for the 2024 Republican nomination. —Karl Rove, WSJ, 1 Feb. 2023 Last weekend, Donald Trump embarked on his first campaign trip since announcing his plans to seek the Presidency again in 2024. —Isaac Chotiner, The New Yorker, 1 Feb. 2023
Verb
Tomlin says her working-class roots were a factor in her continuing advocacy for fairness and equality, such as her 2017 trip with Fonda to Detroit to campaign for a living wage. —Julie Hinds, Detroit Free Press, 2 Feb. 2023 Like if a team has three losing seasons in a row, its ownership group should have to campaign for its job in a general election where fans vote for who should run the team. —Greg Moore, The Arizona Republic, 29 Jan. 2023 Mayor Ron Nirenberg has filed to campaign for a fourth — and final — term. —Molly Smith, San Antonio Express-News, 27 Jan. 2023 In December, Zelensky met with Biden at the White House, and addressed Congress to campaign for military and economic support to counter Russian attacks. —Charisma Madarang, Rolling Stone, 26 Jan. 2023 Westwood, a member of the UK’s GMB Union, is here to campaign for higher pay. —WIRED, 25 Jan. 2023 The Democratic nominee for president had endeared himself to both Beatty and his sister, Shirley MacLaine, and both actors practically gave up their film careers in 1972 to campaign for him. —Robert Hofler, Town & Country, 24 Jan. 2023 Ahead of last year's midterm elections, Pence worked to build his political capital inside the party, visiting 35 states to campaign for Republican candidates up and down the ballot. —Robert Costa, CBS News, 11 Jan. 2023 In 2018, the Globe reported that Warren had sent a handful of fund-raising e-mails on Porter’s behalf and at one point visited her district to campaign for her. —Globe Staff, BostonGlobe.com, 10 Jan. 2023 See More

These example sentences are selected automatically from various online news sources to reflect current usage of the word 'campaign.' Views expressed in the examples do not represent the opinion of Merriam-Webster or its editors. Send us feedback.

1692, in the meaning defined at intransitive sense 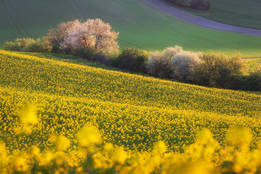 When Did 'Campaign' Become Political?

'Campaign' comes from a word that means 'open country' or 'field'. How did it become political?

noun
cam·​paign
kam-ˈpān
1
: a series of military operations in a particular area or for a particular purpose as part of a war
2
: a connected series of activities designed to bring about a particular result
an election campaign
campaign verb
campaigner noun

More from Merriam-Webster on campaign