ˈblȯg
ˈbläg
Synonyms of blog
1
computers : a website that contains online personal reflections, comments, and often hyperlinks, videos, and photographs provided by the writer
also : the contents of such a site
2
: a regular feature appearing as part of an online publication that typically relates to a particular topic and consists of articles and personal commentary by one or more authors
a technology blog
bloggy
ˈblȯ-gē
ˈblä-
adjective
bloggier; bloggiest
… traditional media are trying to adapt to a bloggier, more opinionated age … —James Poniewozik

blogged; blogging
1
intransitive : to write or have a blog
He released experimental versions, blogged about his game-design decisions as he made them and uploaded … videos to YouTube.—Harry McCracken
2
transitive : to write or write about (something) on a blog
Appropriately, he blogged his own retirement on Monday.—Tom Verducci
blogging
ˈblȯ-giŋ
ˈblä-
noun
Many soldiers also find blogging a useful way to help deal with reorientation to civilian life in the United States—what Vietnam vets called being "back in the world." —Brad Knickerbocker

Recent Examples on the Web
Noun
Ticketmaster published a blog post on Wednesday with instructions on how to get tickets for the tour. —Danielle Wiener-bronner, CNN, 1 Feb. 2023 The company on its blog post Tuesday warned users that the tool isn't fully reliable, and creators want feedback. —Kayla Jimenez, USA TODAY, 31 Jan. 2023 Kristy Noble, chair of the Dallas County Democratic Party, responded to the Jan, 20 GOP blog post, saying that paper balloting would take the county back years. —Dallas News, 31 Jan. 2023 Smaine, 31, was in Nagano over the weekend for a marketing trip for Ikon Pass and Nagano Tourism when the avalanche took place on Mount Hakuba Norikura, according to a blog post by the skiing news site Mountain Gazette. —Ivan Pereira, ABC News, 30 Jan. 2023 In a blog post today, Sony said supply problems are a thing of the past. —Matthew Humphries, PCMAG, 30 Jan. 2023 In a blog post published this week, video game captain of industry Electronic Arts (referred to as EA henceforth) outlined several of the accessibility features included in Motive’s popular horror title Dead Space. —Steven Aquino, Forbes, 27 Jan. 2023 Google will let Android users in India use third-party billing options starting next month as part of its compliance with a ruling from the country’s antitrust authority, the company announced in a blog post on Wednesday. —Emma Roth, The Verge, 25 Jan. 2023 Walczak illustrated the point in a recent blog post, using as an example a $50 million investment, held for 10 years and earning a 10% nominal annual rate of return in an environment of 3% annual inflation. —Aaron Kliegman, Fox News, 24 Jan. 2023
Verb
Social media posts, reports from local residents and Russians who blog about military affairs offered partial confirmation of the other strikes claimed by Ukraine, but not corroboration of the casualty counts. —Christiaan Triebert, New York Times, 5 Jan. 2023 And thanks to Lisa Raffensperger for inviting me to blog at Discover. —Elizabeth Preston, Discover Magazine, 26 May 2015 The Pope recently urged his priests to go forth and blog and to use social networking sites to keep up with their flock, but a priest in Poland has already taken it one step further. —Allison Bond, Discover Magazine, 3 Feb. 2010 His experience as a food, decoration, and home design expert contributed toward his ability to blog about food and design and publish his first design book. —Eddie Ross, Better Homes & Gardens, 23 Dec. 2022 That’s what some people are suggesting after the release of OpenAI’s chatbot ChatGPT, which is shockingly good at mimicking human writing in almost any format, from computer code and poetry to blog posts and polemical essays. —Jeremy Kahn, Fortune, 15 Dec. 2022 Prudhvikumar Bommana says on the Chrome Releases blog that CVE-2022-4135 is a high-severity flaw concerning heap buffer overflow in GPU. —Jacob Siegal, BGR, 25 Nov. 2022 The company instead directed WIRED to blog posts released at the time of the announcement addressing customer concerns. —WIRED, 7 Oct. 2022 Strategically adding email opt-ins to blog posts is a fantastic solution. —Expert Panel®, Forbes, 6 July 2022 See More

These example sentences are selected automatically from various online news sources to reflect current usage of the word 'blog.' Views expressed in the examples do not represent the opinion of Merriam-Webster or its editors. Send us feedback.

People have been blogging since the 18th century. 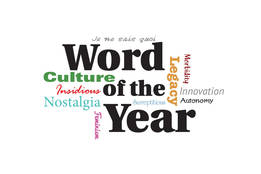 Word of the Year Retrospective

Editors Choose Their Favorite Words from the Past Decade 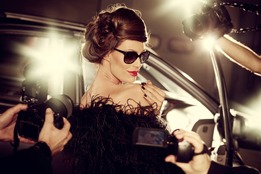 What Crisis Did 'Celebutante' Emerge...

noun
ˈblȯg
ˈbläg
: a website that contains an online personal journal with reflections, comments, and often hyperlinks provided by the writer
also : the contents of such a site
blog verb
blogger noun
blogging noun

More from Merriam-Webster on blog

Thesaurus: All synonyms and antonyms for blog