1a : the act of insulting or showing contempt or lack of reverence for God accused of blasphemy
b : the act of claiming the attributes of a deity for a mere man to suggest that he was … divine could only be viewed … as blasphemy— John Bright †1889
2 : irreverence toward something considered sacred or inviolable
Synonyms & Antonyms Frequently Asked Questions About blasphemy More Example Sentences Learn More About blasphemy

What is the difference between blasphemy and heresy?

What is the verb form of blasphemy?

The verb form of blasphemy is blaspheme, as in "those who blaspheme God." It comes to English from the Late Latin word blasphemare.

Does blasphemy have to be spoken?

Although in certain senses of the word it may be more common to use blasphemy in reference to speech, it may also be applied to writing. The word has broadened in meaning beyond "the act of insulting or showing contempt or lack of reverence for God"; it is now also used with the meaning "irreverence toward something considered sacred or inviolable."

Examples of blasphemy in a Sentence

She was condemned by the church for uttering blasphemies. in the 17th century the Quakers were persecuted for beliefs and practices that older churches regarded as blasphemies
Recent Examples on the Web But their comments had already drawn accusations of blasphemy in some Middle Eastern countries, leaving New Delhi struggling to contain the fallout. — Leila Sackur, NBC News, 9 June 2022 For example, in Pakistan, at least 16 individuals accused of blasphemy were sentenced to death in 2021. — Dr. Ewelina U. Ochab, Forbes, 3 June 2022 Park aficionados, for instance, will certainly hear some words that would have once been blasphemy to echo in Epcot. — Todd Martensgame Critic, Los Angeles Times, 5 May 2022 While some contemporary readers may associate blasphemy laws primarily with Muslim cultures, similar codes have obtained, at various times, in Maryland and Madrid, Holland and Hong Kong. — Graham Hillard, National Review, 31 Mar. 2022 The dominant religious reasoning of the time argued that if plagues were sent by God, then to work against them was blasphemy. — Peter Manseau, Smithsonian Magazine, 22 Mar. 2022 In office, my father had sought clemency for a poor Christian woman accused of blasphemy. — New York Times, 12 May 2022 The prosecutor in this case claims to support religious freedom, but her attempt to wield Finnish statute as a secular blasphemy law says otherwise. — Kelsey Koberg, Fox News, 18 Feb. 2022 The only other artist to get the crowd on their feet that day was fellow Texan George Strait, for whom the lack of due respect would be akin to blasphemy. — Rolling Stone, 25 Apr. 2022 See More

These example sentences are selected automatically from various online news sources to reflect current usage of the word 'blasphemy.' Views expressed in the examples do not represent the opinion of Merriam-Webster or its editors. Send us feedback.

First Known Use of blasphemy

History and Etymology for blasphemy

The first known use of blasphemy was in the 13th century 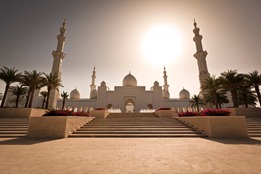 After a Saudi Court sentenced a man to 500 lashes for ...

Note: In many states, blasphemy statutes have been repealed as contrary to the First Amendment.

More from Merriam-Webster on blasphemy