talked to the count's attorney about buying land from his estate finished law school and became an attorney
Recent Examples on the Web Among those first council members was John Heilman, a gay, 27-year-old civil rights attorney. Hailey Branson-pottsstaff Writer, Los Angeles Times, 19 Nov. 2022 Graff, a land-use attorney and former member of the Arizona Board of Regents, also returns for a second term. Brandon Loomis, The Arizona Republic, 18 Nov. 2022 Hakeem Jeffries, then a young attorney, launched his first campaign in 2000 against a longtime incumbent to represent his central Brooklyn home in the state Assembly. Jimmy Vielkind And Natalie Andrews, WSJ, 18 Nov. 2022 Amy Adams reprises her role as Princess Giselle, the young royal who stumbled into New York City from the idyllic fairytale land of Andalasia and fell in love with Robert Philip, a cynical divorce attorney. Leah Campano, Seventeen, 18 Nov. 2022 Smith is a former chief of the Department of Justice’s public integrity section, has served as a U.S. attorney, and has extensive experience supervising complex war crime cases in international courts. Brian Bennett, Time, 18 Nov. 2022 Like Reed, Wong grew up in Los Angeles; his Korean immigrant mother actually was the co-chair of the Black-Korean Alliance, and his Chinese American father actually was a union attorney. Kristen Martin, The New Republic, 17 Nov. 2022 In addition, the board voted to replace the chair with Mac McQuillin, a local attorney and one of the board members backed by Moms for Liberty. Tyler Kingkade, NBC News, 17 Nov. 2022 Jarrett, who was a practicing attorney in Chicago before entering the media sector, has co-anchored the CNN early morning show with Christine Romans since 2020, and has been a D.C.-based correspondent for CNN since 2016. Alex Weprin, The Hollywood Reporter, 16 Nov. 2022 See More

These example sentences are selected automatically from various online news sources to reflect current usage of the word 'attorney.' Views expressed in the examples do not represent the opinion of Merriam-Webster or its editors. Send us feedback. 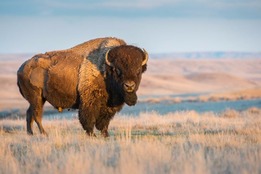 What's the Difference Between …

at·​tor·​ney ə-ˈtər-nē
plural attorneys
: a person who is appointed to conduct business for another
especially : lawyer

History and Etymology for attorney

Anglo-French atorné legal representative, from past participle of atorner to designate, appoint, from Old French, to prepare, arrange see attorn

More from Merriam-Webster on attorney