: the act of an authority (such as a government) by which pardon is granted to a large group of individuals The government granted amnesty to all political prisoners. a general amnesty

Definition of amnesty (Entry 2 of 2)

: to grant amnesty to : to pardon (someone) officially often before a trial or conviction Only last Thursday Mr. Clinton told the U.S. that the generals were responsible for the killings … Now, they are to be amnestied and allowed to remain in Haiti if they so wish.— A. M. Rosenthal Traditionally, the incoming president amnesties all outstanding driving offences: during the months before an election people park even more selfishly than usual and drive at unbelievable speeds, knowing if they're caught, they'll be amnestied.— Richard Horton
Synonyms & Antonyms More Example Sentences Learn More About amnesty

Examples of amnesty in a Sentence

Noun The government gave amnesty to all political prisoners. Illegal immigrants who came into the country before 1982 were granted amnesty.
Recent Examples on the Web: Noun Ironically, one of the main reasons the Diversity Lottery was inaugurated was in response to President Ronald Reagan’s 1986 amnesty gift to Mexico. — Christine M. Flowers, Philly.com, 2 Nov. 2017 If the children are not deported quickly, officials say, many will never leave, eventually becoming a new population of sympathetic young immigrants who seek amnesty to live and work in the U.S. legally. — Michael D. Shear, Alaska Dispatch News, 9 Oct. 2017 Outside the amnesty period, possession of an unregistered firearm carries a fine of up to $280,000 in Australian dollars ($220,000 in U.S. currency) and up to 14 years in jail. — Doug Stanglin, USA TODAY, 4 Oct. 2017 Nearly nine months into the Trump administration, Obamacare remains intact, tax reform is in doubt, and an amnesty bill for undocumented immigrants who arrived as children is, shockingly, a legislative possibility. — Tina Nguyen, vanityfair.com, 3 Oct. 2017 During the campaign, Trump also spoke frequently against amnesty and said even Dreamers would have to leave the country. — Lisa Mascaro, latimes.com, 14 Sep. 2017 They will be confronted by challengers denouncing anyone who supports such legislation as being pro-immigration-amnesty and too unpatriotic to put real Americans first, a Republican strain of identity politics that has been turbocharged by Mr Trump. — The Economist, 9 Sep. 2017 Ken Dwidjugiasteadi, director general of tax at Indonesia’s finance ministry, said 62 of the 81 people had participated in a recent tax amnesty program in Indonesia. — Margot Patrick, WSJ, 10 Oct. 2017 Huerta was born in Mexico, but her family became citizens as part of the 1986 amnesty act under Reagan. — Jason Tesauro, Esquire, 19 Sep. 2017 See More

These example sentences are selected automatically from various online news sources to reflect current usage of the word 'amnesty.' Views expressed in the examples do not represent the opinion of Merriam-Webster or its editors. Send us feedback.

First Known Use of amnesty

1580, in the meaning defined above

1802, in the meaning defined above

History and Etymology for amnesty

borrowed from Latin amnēstia, borrowed from Greek amnēstía "forgetfulness, oblivion, deliberate overlooking of past offenses," from amnēstós "forgotten, forgetful" (from a- a- entry 2 + mnēstós "memorable," verbal adjective of mnáomai, mnâsthai "to be mindful of" and mimnḗskomai, mimnḗskesthai "to call to mind, remember") + -ia -y entry 2 — more at mind entry 1

The first known use of amnesty was in 1580 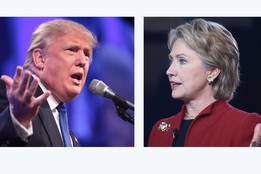 Of Primary Importance: Word Trends From...

Of Primary Importance: Word Trends From the Campaign Trail

Our top lookups from the 2016 presidential campaign 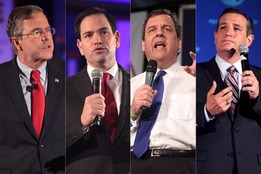 The word used to mean 'forgotten', but has since changed to mean 'the act by which pardon is granted' 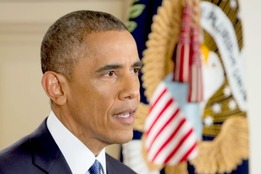 Obama says his new immigration plan is not amnesty ...

: an act of clemency by an authority (as a government) by which pardon is granted especially to a group of individuals illegal-alien farm workers seeking amnesty — National Law Journal

More from Merriam-Webster on amnesty