al·​lit·​er·​a·​tion ə-ˌli-tə-ˈrā-shən
: the repetition of usually initial consonant sounds in two or more neighboring words or syllables (such as wild and woolly, threatening throngs)

In alliteration, consonant sounds in two or more neighboring words or syllables are repeated. The repeated sounds are usually the first, or initial, sounds—as in "seven sisters"—but repetition of sounds in non-initial stressed, or accented, syllables is also common: "appear and report." Alliteration is a common feature in poetry, but it is also found in songs and raps and speeches and other kinds of writing, as well as in frequently used phrases, such as "pretty as a picture" and "dead as a doornail."

Alliteration can in its simplest form reinforce one or two consonant sounds, as in this line from William Shakespeare's "Sonnet XII":

When I do count the clock that tells the time

A more complex pattern of alliteration can be created when consonants both at the beginning of words and at the beginning of stressed syllables within words are repeated, as in the following line from Percy Bysshe Shelley's "Stanzas Written in Dejection Near Naples":

As far as sound repetition goes, I don't have any principles. I try to stay away from heavy alliteration and other pyrotechnics because I think they detract from the sense of the poem and blur the imagery. —Maxine Kumin, "A Questionnaire," 1977, in To Make a Prairie,  1979 More specifically, how are actual events deformed by the application to them of metaphor, rhetorical comparison, prose rhythm, assonance, alliteration, allusion, and sentence structures and connectives implying clear causality? —Paul Fussel, The Great War and Modern Memory, 1975
Recent Examples on the Web The effort doesn’t just focus on caterpillars, but who can resist a good alliteration? —Molly Schools, Discover Magazine, 12 May 2020 Moore likes names with alliteration, like her name. —Sydni Ellis, Peoplemag, 19 Oct. 2022 Rather than trying to bury Mr. Bush’s casual vocal mannerisms under flowery phrases, Mr. Gerson yoked them with concise, plain language, peppered with alliteration and religious references. —Clay Risen, New York Times, 17 Nov. 2022 The alliteration is beautifully embedded in this 25-word sentence. —Brendan O'meara, Longreads, 20 Oct. 2022 Did the prior sentence contain a little alliteration? —Mike Kerrigan, WSJ, 12 Oct. 2022 Examples include identifying words that rhyme, recognizing alliteration, breaking a sentence into words and detecting syllables in a word. —Bob Sandrick, cleveland, 28 June 2022 His words caught fire, roared, ready to move people in unison with the memorable lilt of meter and alliteration. —Susan J. Wolfson, The Atlantic, 18 June 2022 Again, Ram kills it in the alliteration department, calling the events the Ram Real Talk Tour. —Eric Stafford, Car and Driver, 8 Feb. 2022 See More

These example sentences are selected automatically from various online news sources to reflect current usage of the word 'alliteration.' Views expressed in the examples do not represent the opinion of Merriam-Webster or its editors. Send us feedback.

circa 1624, in the meaning defined above 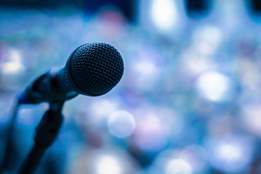 'Simile' and 'metaphor' are just the beginning.

noun
al·​lit·​er·​a·​tion ə-ˌlit-ə-ˈrā-shən
: the repetition of a sound at the beginning of two or more neighboring words (as in wild and woolly or a babbling brook)
alliterative
ə-ˈlit-ə-ˌrāt-iv
-rət-
adjective
alliteratively adverb

More from Merriam-Webster on alliteration