Aegis Has Greek and Latin Roots

We borrowed aegis from Latin, but the word ultimately derives from the Greek noun aigis, which means "goatskin." In ancient Greek mythology, an aegis was something that offered physical protection, and it has been depicted in various ways, including as a magical protective cloak made from the skin of the goat that suckled Zeus as an infant and as a shield fashioned by Hephaestus that bore the severed head of the Gorgon Medusa. The word first entered English in the 15th century as a noun referring to the shield or protective garment associated with Zeus or Athena. It later took on a more general sense of "protection" and, by the late-19th century, it had acquired the extended senses of "auspices" and "sponsorship."

having no claim to the land under the aegis of the law, the cattle baron decided to claim it by force a medical study that was questioned by many because it was done under the aegis of a major pharmaceutical company
Recent Examples on the Web Observed by Constantine the Great on the eve of the battle that would consolidate his power as emperor, the celestial sign was followed by a dream in which Jesus Christ instructed Constantine to lead his soldiers under the aegis of the holy cross. —Jonathon Keats, Forbes, 3 Jan. 2023 The House soon voted to hold its own investigation, under the aegis of a select committee composed of seven Democrats and six Republicans. —Jill Lepore, The New Yorker, 9 Jan. 2023 Still, why hasn’t the DSO tried to hire the former music staff to assemble everyone under the aegis of the orchestra? —Dallas News, 11 May 2022 The Enzo was penned under the aegis of Pininfarina’s head of design, Ken Okuyama, and made its official debut at the 2002 Paris Motor Show. —Robert Ross, Robb Report, 12 Dec. 2022 In recent years, under the aegis of CNN executive Ken Jautz, HLN burnished crime documentary series and competed directly with cable networks like NBCUniversal’s Oxygen and Discovery’s Investigation Discovery, also known as ID. —Brian Steinberg, Variety, 1 Dec. 2022 Nutritionists under the aegis of the government urged a more Western diet revolving around bread and meat, signaling an embrace of the West as a model for modernity and growth. —Ligaya Mishan David Chow, New York Times, 12 Oct. 2022 Together, the two reign over the Sicilian hotel grounds under the aegis of Michael Imperioli's Dominic di Grasso, whose initial hiring of Lucia's services is what brings the duo to The White Lotus in the first place. —Chelsey Sanchez, Harper's BAZAAR, 21 Nov. 2022 Under its aegis, an endless series of sovereign-debt restructurings have taken place, negotiated within the parameters of an IMF debt-sustainability analysis, IMF technical assistance, and an IMF standby agreement. —Steve H. Hanke, National Review, 18 Oct. 2022 See More

These example sentences are selected automatically from various online news sources to reflect current usage of the word 'aegis.' Views expressed in the examples do not represent the opinion of Merriam-Webster or its editors. Send us feedback. 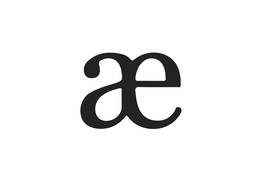 Just What Does That 'Ae' Say?

How to talk about an insect's antennae with confidence. Sort of.

More from Merriam-Webster on aegis