ad·​vis·​er əd-ˈvī-zər
variants or advisor
: someone who gives advice
a financial/investment adviser
She was not signing on as a domestic or foreign-policy adviser … Peggy Noonan
In this meeting, Clifford, who had been a senior Truman aide and an adviser to Kennedy, used George Ball's memorandums in pleading that the war could not be won. Sidney Blumenthal
In December, she and her thesis advisor, Neal Evans, used the camera, attached to a 50-inch telescope, to look for infant stars in a giant molecular cloud in the constellation Orion. Andrew Chaikin
In a real sense, the emperor's astronomical ministers functioned like advisors in a modern president's cabinet, advising him on how best to conduct the affairs of state in a harmonious and effective manner. Laurence A. Marschall

What's the difference between adviser and advisor?

Adviser or advisor? It doesn't matter what your computer's spellcheck tells you, adviser and advisor are both correct. Although there is enough overlap between these two words that they are generally considered simply to be different ways to spell the same word, there are some cases in which one tends to be used more often than the other. Some people feel that advisor is more formal, and it tends to be found more often when applied to official positions, such as an advisor to a president. When referring to someone who is serving in a military role, especially when using the term as a euphemism (as when claiming that troops are actually military advisers), then adviser is somewhat more common.

These example sentences are selected automatically from various online news sources to reflect current usage of the word 'adviser.' Views expressed in the examples do not represent the opinion of Merriam-Webster or its editors. Send us feedback.

circa 1536, in the meaning defined above 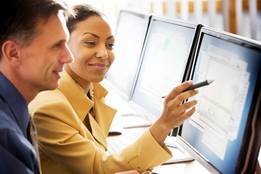 Going head-to-head in a centuries-old rivalry

More from Merriam-Webster on adviser