Don't try to keep this under wraps.

When news broke that enrollment in the Affordable Care Act for 2018 was up by leaps and bounds, one phrase kept popping up on social media:

The Streisand effect is a phenomenon whereby the attempt to suppress something only brings more attention or notoriety to it. In this case, the Trump administration had cut both the length of the enrollment period for the ACA as well as funds used to promote and advertise the ACA. As news of these cuts spread, more and more people heard about the shortened enrollment period, which led to the early spike in sign-ups. 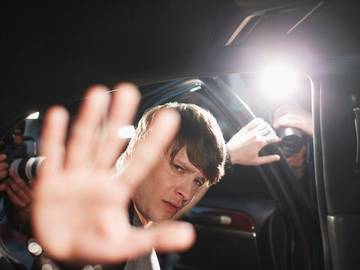 The Streisand mentioned is not an economist or sociologist, but Babs herself: the singer Barbra Streisand. In 2003, she sued photographer Kenneth Adelman for photographing her Malibu beach house from the air. (Adelman had been photographing the whole coastline in the hopes of documenting erosion.) He put the pictures online, and Streisand sued to have them taken down.

Prior to the suit, only a handful of people had seen the photo, but once news of the suit broke, hundreds of thousands of people sought it out online, and the photo suddenly proliferated in forums and on sites. Streisand and her lawyers had inadvertently brought attention to the picture they wanted removed.

This phenomenon has happened again and again, fueled by the viral nature of the Internet. In 2005, writer Mike Masnick of Techdirt.com covered another such lawsuit, this time brought by a resort that didn't want its name associated with a picture that had been posted of one of its urinals:

How long is it going to take before lawyers realize that the simple act of trying to repress something they don't like online is likely to make it so that something that most people would never, ever see (like a photo of a urinal in some random beach resort) is now seen by many more people? Let's call it the Streisand Effect.
— Mike Masnick, Techdirt.com, 5 Jan. 2005

It took off: the perfect name for the legal foibles of people still grappling with the reach and growth of the Internet. Within a few years, the Streisand effect was being applied to things offline that spread like wildfire:

The term 'Streisand Effect' was invented to describe the attempt by the singer to prevent aerial shots of her house being published. The more effort she put into banning them, the quicker they circulated around the world. The same can be said for any exciting titbit of office gossip. Anything that remotely sounds salacious gets out, no matter how many attempts are made to prevent it.
— Helen Kirwin-Taylor, Management Today, 1 Feb. 2008

This is not the first time Streisand's name has been loaned to a psychological phenomenon, if you can believe it:

The director of horticulture at Wave Hill Gardens in New York for the past 25 years, Stufano has dared to be different and gained international recognition for his imaginative design concepts and startling plant combinations. For example, he put orange dahlias and pink asters together to create what he calls the "Barbra Streisand effect, a jarring combination of plants that initially sets your teeth on edge but that you learn to appreciate for its strength of character, its gutsiness."
— Marco Polo Stufano, quoted in The Vancouver Sun, 7 Nov. 1992

That particular Streisand effect did not catch on.