It's something that plagues even those whose brilliance and achievements are most obvious to the rest of us:

When I started out, I did compare myself to others. Was I good enough? Was I pretty enough for that role? But it’s the impostor syndrome that is injected in any artist out there. What it does is it keeps you striving for excellence, and wanting to do better, and wanting to get it right even when you feel like you never hit it. Doubt keeps you in the process, and it keeps you honest.
— Viola Davis, quoted on vanityfair.com, 6 Jan. 2017 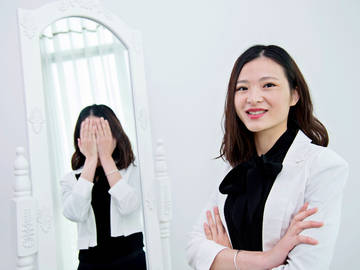 The term 'impostor syndrome' can be traced to a 1978 article by the American psychologists Pauline Clance and Suzanne Imes, "The Imposter Phenomenon in High Achieving Women: Dynamics and Therapeutic Intervention."

Originally called impostor phenomenon, impostor syndrome, as it's now usually called, is commonly understood as a false and sometimes crippling belief that one's successes are the product of luck or fraud rather than skill.

The term was coined by American psychologists Pauline Clance and Suzanne Imes, who published an article called "The Imposter Phenomenon in High Achieving Women: Dynamics and Therapeutic Intervention" in the 1978 journal Psychotherapy: Theory, Research & Practice. Here's how the abstract presented the matter:

The term "impostor phenomenon" is used to designate an internal experience of intellectual phoniness that appears to be particularly prevalent and intense among a select sample of high achieving women…. Despite outstanding academic and professional accomplishments, women who experience the impostor phenomenon persist in believing that they are really not bright and have fooled anyone who thinks otherwise. Numerous achievements, which one might expect to provide ample objective evidence of superior intellectual functioning, do not appear to affect the impostor belief.

Though initially considered a bane of women (a note appended to the article says that though some men may experience the phenomenon their numbers are far fewer and they experience it with less intensity), impostor syndrome is now seen as an equal opportunity scourge affecting people of all genders and stripes. Clance and co-author Joe Langford acknowledged this in a 1993 article in the journal Psychotherapy:

The impostor phenomenon was originally thought to be particularly pervasive among females (Clance & Imes, 1978). Surveys of several populations, however, have found no differences between the sexes in the degree to which they experience impostor feelings.

The term was being applied broadly as early as 1982:

Dr. [Sandra] Lyness said that many [automobile company] executives were experiencing what she called an "impostor phenomenon," in which they come to believe that they are not as talented as their positions might suggest.
— William Serrin, The New York Times, 18 Jan. 1982

These days you're likely to encounter articles assuring you that you and most everyone you know has it, as well as articles advising you on what to do about it. There are also increasingly articles asserting that no one has it because it's not a syndrome, or even much of a phenomenon; it's a normal part of being a human being trying to do things in the world.

It's not the dictionary's job to determine how prevalent impostor syndrome is. Our interest is purely lexical, and what is not under dispute is the place that the term impostor syndrome increasingly has in the lexicon. Real or not, we've got our eyes on the term.