How a Word Gets Into the Dictionary

Part One: The Process

A while ago, we were asked a question: has the Internet changed the pace at which new words enter the dictionary? Do we enter new words more quickly now? The answer was so interesting that we ended up writing a series of articles on slang in the dictionary. Today, we'll begin with the obvious: How does any word get into the dictionary? Next, we'll look at the earliest dictionaries to include slang, and our third installment will focus specifically on the Internet and the dictionary.

Click here to see the infographic that accompanies this story.

Dictionaries have always been data-driven. A dictionary isn’t an idea museum, it’s a user’s manual for communication.

So how does a word get into the dictionary?

A word gets into a dictionary when it is used by many people who all agree that it means the same thing. If your toddler nephew invented a great word that the English language simply can’t do without, don’t write to us to recommend that it be added to the dictionary. Use it. First, you drop the word into your conversation and writing, then others pick it up; the more its use spreads, the more likely it will be noticed by dictionary editors, or lexicographers. If your nephew’s word is one that English speakers decide we need, it has a good chance of getting into the dictionary. 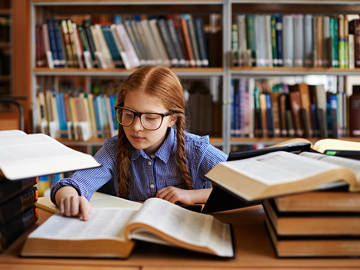 Reading is an important part of a lexicographer's job.

This is what dictionary editors do all day

Dictionary editors read actively, looking for changes in the language. To find vocabulary that has entered mainstream life—terms like bucket list or sexting or unfriend, we look at sites and publications with wide national readership. For words that begin as specialized vocabulary but might become more common over time, we look at medical, industry, and tech journals for words like obesogenic and fracking. Captions for comic strips have lots of words that are more frequently spoken than written. It all adds up.

We collect citations of new words

Each example of a word becomes a citation that is collected with its context and source and then keyed into a searchable database that constitutes the first stage of research for the dictionary. These hand-chosen examples form a unique corpus that is the raw form of the dictionary—they provide both the evidence of a word’s use and the basis for extracting a definition from the way the word is used in the citation. We collect new words as well as new ways of using old words, which can be much harder to detect. We have nearly 17 million such citations.

Next, we research how widely a new word is used

We search through other databases that include millions of words in the form of complete articles, books, and speech. We’re looking for three criteria: frequent use, widespread use, and meaningful use. Frequent means that the word is used that way over time. If it’s a trendy flash in the pan that comes and goes, we don’t enter it into the dictionary. Widespread usually means that the word is used by people across industries or regions, in other words that an average adult is likely to encounter the word and need to know what it means. Meaningful should be obvious, but it isn’t, always. Famously, the “longest word in the dictionary” isn’t actually a word by these standards, because it’s never used to mean what it seems to describe. It’s only used as an example of a very long word. It’s not in our dictionary.

The definer must judge whether there is enough evidence to put a new word in; that judgment will be reviewed by more senior colleagues as the dictionary moves through the editorial process, but there’s no committee, no advocacy, no meetings for new word inclusion. If a word seems promising but shows insufficient evidence for inclusion this time around, those citations will be reviewed for the next edition, at which time the word may have flourished—or vanished.

Some “new” words are already in the dictionary

New words like hashtag and selfie get a lot of attention, but many of the new words we add are new meanings of words that are already staples in our language: think of the recent meanings of mouse and cookie that have nothing to do with rodents or baked goods. The Internet-specific senses of lurk and browse built upon the existing meanings of those terms. A verb that we use every day, access, was first entered in the Collegiate Dictionary in 1973, and a specific reference to computers was added in 1993. These words may not make headlines, but they’re just as important as words that are newly coined.

What about words that don’t make it into the dictionary?

They’re still real words! Many words that aren’t widespread enough to make it into the dictionary—words that are particular to a region or profession or even a family—are perfectly good words; it’s just unlikely that a person outside that area or group would encounter them. For now.

Next: Slang and the Dictionary